Transgender employees and co-workers plan to walk out on Oct. 20

Transgender Netflix employees are planning a “day of rest” in protest of the streaming platform’s release of Dave Chappelle’s latest comedy special.

The comedian’s sixth special, “The Closer,” was released last week and immediately denounced by major media outlets and some viewers online.

NPR’s television and film critic Eric Deggans accused Chappelle of “using white privilege to excuse his own homophobia and transphobia” during his performance which was recorded at an event in Detroit.

Jaclyn Moore, writer and co-showrunner for Netflix’s “Dear White People,” announced she would stop working with the company because it chose to release the comedy special. Moore transitioned during the pandemic and told Variety transgender people needed to be in more decision-making positions.

In a company Slack channel on Monday, an employee wrote:

“I encourage all [members of] Trans* and allies not to work for Netflix that day. … As we’ve discussed through Slack, email, texts and everything in between, our leadership has shown us that they do not uphold the values for which we are held. … Between the numerous emails and non-answers that have been given, we have been told explicitly that we somehow cannot understand the nuance of certain content. I don’t know about you, but asking for us to show the whole story and not just the pieces that harm trans and [LGBTQ+] people is not an unreasonable ask.

“So, I encourage us all to state clearly that we, as Netflix employees are stunning not simply when we are doing the work that our roles demand of us but also when we challenge the very principles of our company.”

The message went out to over 800 staffers representing “gender minorities of all sorts and their allies,” according to the Los Angeles Times. The employee asked not to be named by the Times.

The aim of the protest is to force Netflix to “acknowledge the harm” Chappelle’s jokes caused. The organizers also want the company to release more LGBT content.

To be clear: As the queer and trans people who run this account, you can imagine that the last couple of weeks have been hard. We can’t always control what goes on screen. What we can control is what we create here, and the POV we bring to internal conversations.

Ted Sarandos, co-CEO of Netflix, defended the special on Oct. 11 in a memo to staff.

“Chappelle is one of the most popular stand-up comedians today, and we have a long standing deal with him. His last special ‘Sticks & Stones,’ also controversial, is our most watched, stickiest and most award winning stand-up special to date,” Sarandos wrote, per Variety. “As with our other talent, we work hard to support their creative freedom — even though this means there will always be content on Netflix some people believe is harmful.

Netflix told Variety in a statement it encouraged employees to “openly disagree.” 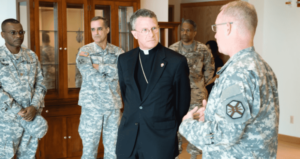