Archbishop for the Military Services Timothy P. Broglio declared servicemembers should not be forced to get the vaccination if they conscientiously object.

Broglio said that their exemption should apply regardless of whether abortion-related tissue was used in the creation or testing of the vaccines.

In his recent statement, Broglio wrote that the church’s permission “does not” outweigh troops’ personal, conscious objections to the vaccination.

“The Archdiocese for the Military Services, created by the church in 1985, claims responsibility for 1.8 million service members and their families at 220 installations. Broglio was appointed by Pope Benedict XVI in 2007,” per Defense One.

“The denial of religious accommodations, or punitive or adverse personnel actions taken against those who raise earnest, conscience-based objections, would be contrary to federal law and morally reprehensible,” Broglio wrote in a statement published on Oct. 12.

He added: “Those who refuse the COVID-19 vaccine must continue to act in charity for their neighbors and for the common good by undertaking means to mitigate the spread of COVID-19.” He encouraged the use of face coverings, the practice of social distancing, and seeking routine testing. He also said military Catholics should “remaining open to receiving a treatment should one become available that is not derived from, or tested with abortion-derived cell lines.”

The use of abortion-derived cells in the vaccine or in the testing of a vaccine is a point of contention for both Catholics and Pro-Life advocates. The Catholic Church supports the use of such vaccines when there is no available alternative.

“The Pfizer and Moderna COVID-19 vaccines were tested using an abortion-derived cell line. That type of a link has been for centuries considered remote material cooperation with evil and is never sinful. The Johnson & Johnson vaccine was developed, tested, and is produced, with abortion-derived cell lines. That vaccine is, therefore, more problematic. If it were the only vaccine available, it would be morally permissible, but the faithful Catholic is to make known his or her preference for a more morally acceptable treatment.”

Broglio’s statement contrasts with the practice of the Vatican, which issued a COVID-19 vaccination mandate for all employees and officials. Those who forego the vaccine will not be allowed to enter their place of work, will be considered “unjustified absent,” and will not receive pay.

All visitors and personnel who try to enter Vatican City and its territories have been required to show a Green Pass since Oct. 1.

A green pass is a “digital or paper certificate proving one has either been vaccinated, recovered from the coronavirus, or tested negative for COVID-19 within the past 48 hours,” per Catholic News Agency.

However, the Spiritual Center of the Catholic Church did not grant any religious exemptions.

“Three Swiss Guards have resigned ‘voluntarily’ from the ceremonial Vatican force, while several others have been suspended,” reports RT.

The Pontifical Swiss Guard is a ceremonial, all-male guard charged with protecting the pope. Comprised of about 135 Swiss men, it is known for its traditional Renaissance uniform. 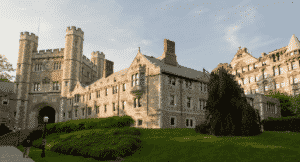 Thousands of Students Register To Attend Lecture by Canceled Professor