A political philosophy professor from Boise State University offered some controversial comments about the impact of feminism on modern women.

While speaking at the National Conservatism Conference in Orlando, Florida, Scott Yenor condemned feminism, saying its glorification of individualism was a threat to strong families.

“Our culture is steeped with feminism,” Yenor said. “It teaches young boys and girls that they are motivated by much the same things and want much the same things. … Thus girls are told to become as independent as boys are said to be. … Our independent women seek their purpose in life in midlevel bureaucratic jobs like human resource management, environmental protection, and marketing. They’re more medicated, meddlesome, and quarrelsome than women need to be.

“Young men must be respectable and responsible to inspire young women to be secure with feminine goals of homemaking and having children.”

He argued that male achievement in the country is not “celebrated.”

“Every effort must be made not to recruit women into engineering, but rather to recruit and demand more of men who become engineers,” he said. “Ditto for med school, and the law, and every trade.”

Yenor also referred to colleges and universities as “indoctrination camps” and “the citadels of our gynecocracy.” He said the country should “de-emphasize” higher education.

“Yenor’s comments have been shared widely on social media over the past few days after a TikTok was posted analyzing parts of the speech from the account socialistlyawkward,” reported the Idaho Statesmen. “The video had more than 42,000 ‘likes’ as of Monday afternoon. Former students, public officials and community activists have since spoken out on social media about their experiences with Yenor as a professor.”

Mike Sharp, a Boise State spokesperson, directed people who wished to file a complaint against Yenor to the university’s Office of Institutional Compliance and Ethics.

In a statement to the Statesman, Sharp said:

“Boise State University understands that the open exchange of ideas, which is fundamental to education, can introduce uncomfortable and even offensive ideas. However, the university cannot infringe upon the First Amendment rights of any members of our community, regardless of whether we, as individual leaders, agree or disagree with the message. No single faculty member defines what Boise State — or any public university — endorses or stands for.”

According to the Idaho Press, “this is not Yenor’s first controversy. He made headlines in 2017 after he wrote an article called ‘Transgender Activists Are Seeking to Undermine Parental Rights’ in The Daily Signal, a conservative site. Over 2,000 people signed a petition to fire Yenor.”

Yenor was hired by BSU in 2000 and has tenure. He earned a bachelor’s degree from the University of Wisconsin-Eau Claire in 1993 and his doctorate from Loyola University, Chicago in 2000. He wrote Family Politics: The Idea of Marriage in Modern Political Thought, which “traces the treatment of the family in the philosophies of leading political thinkers of the modern world,” according to Yenor’s website.

Wintrow is a Democrat and former director of the Boise State Women’s Center. She said that Yenor’s affiliation with the Idaho Freedom Foundation indicates his questionable motivations.

“You start to wonder, what is the goal here?” Wintrow said in an interview with the outlet. “If it’s to set us back in time and disenfranchise women from as far as we’ve come, that’s a problem.”

BSU has not publicly commented on Yenor’s status with the university. 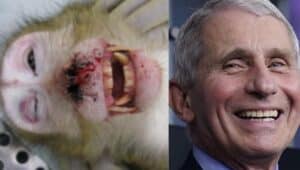