'It really had a lot to do with what we thought people would be able to tolerate,' Walensky said

Walensky said that in the continued surge of Omicron, many of the cases are “mildly symptomatic, if not asymptomatic, especially among those who are vaccinated and unvaccinated.”

The statement comes as a stark contrast to President Joe Biden’s statement, while accompanied by Walensky, on December 17, 2021: “For the unvaccinated, you’re looking at a winter of severe illness and death for yourselves, your families, and the hospitals you may soon overwhelm.”

When asked by Collins why the CDC shortened the isolation period for positive COVID patients from 10 days to five days, Walensky said that the change was based on the impact to businesses and the tolerance of the public.

Collins followed up by asking why the CDC had not previously shortened isolations: “So, this change was based on business decisions and not science?”

“It really had a lot to do with what we thought people would be able to tolerate,” said Walensky, adding that she felt people “would no longer comply” with the more extended isolation period previously required.

Collins also asksed why the CDC had revised recommendations to remove a negative PCR or Rapid test following the five-day isolation period. Walensky said that the FDA does not authorize rapid tests for use after the period of isolation and that the “results are not reliable.”

Walensky went on to say that the “rapid tests have had no bearing on the period of isolation” for individuals who have contracted the COVID-19 virus.

When Collins asked about the limited access to rapid tests and the need for more, Walensky acknowledged the problem — “There is a global shortage of rapid tests” — and mentioned President’s Biden’s promise to make a half-billion tests available to Americans in January.

“It really had a lot to do with what we thought people would be able to tolerate,” CDC Director Walensky says on why the CDC shortened the isolation period from 10 days to 5 days if you’re asymptomatic. Our full interview: pic.twitter.com/rO7blPFiPj

On Tuesday, the CDC dramatically revised its estimates of the prevalence of Omicron in the U.S. The revision changed the initial estimates from the CDC from 73% down to 23% of COVID cases, stating that Delta was still the prominent variant.

The initial estimate set in motion a chain of responses from the federal government, including the halt of two-thirds of the monoclonal antibody treatment, thought to be ineffective against Omicron but effective for Delta.

According to Florida Surgeon General Dr. Joseph Ladapo, this has affected at least 100,000 individuals in the state of Florida, ending a successful treatment protocol for a state with a signifiant population of elderly people.

When Collins prodded Walensky about the revision, she admitted that early estimates on pandemics are “often unstable.” However, Walensky stated that it is not an exact science regardless of assessments and varies by state and region.

Collins concluded the interview by asking Walensky about a timeframe of approval or arrival of boosters for children five and older and vaccines for children under age five. Walensky responded she hoped to have more information in the “days or weeks” ahead. 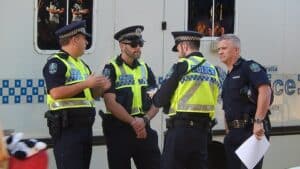