According to a statement from local police on Tuesday, an Australian teen has been charged with ignoring health orders and is accused of partying after testing positive for COVID-19.

The teen now faces the maximum penalty of a $20,000 fine or two years in prison.

The statement from the local law enforcement said the 19-year-old went to a nightclub and did not quarantine after being informed by South Australia’s public health system that he was positive for COVID-19.

The teen was charged for failing to comply with South Australia’s Emergency Management Act directions. The 2004 law, used in emergencies, was activated as part of Australia’s COVID-19 public health response.

Authorities said that he is out on bail and will reappear in court in February.

“If they’re correct, I think this serves as a lesson to every single South Australian that they’ve got to abide by these restrictions; otherwise, there are very heavy penalties,” he said.

In a statement to local media, Loverboy, the nightclub that the accused teen visited, said the teen put “150 patrons, staff and their families in harm’s way.”

The spokesperson for the nightclub went on to say, “Someone knowingly entering somewhere with a positive result should be considered an offense, and we will be seeking justice.”

The nightclub has been placed on South Australia’s health system’s COVID-19 exposure sites. The authorities issued guidance for patrons and staff who were potentially exposed to the teen between Dec. 16 and 17, 2021. According to the SA Health rules, vaccinated people at the club were told to quarantine for seven days and unvaccinated people must quarantine for 14 days.

South Australia and the entire nation have implemented tighter COVID-19-related restrictions due to the surge of Omicron. 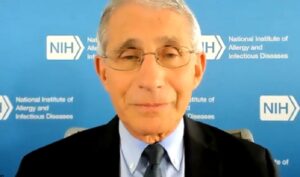