Klobuchar: 'As the daughter of a newspaperman, I understand'

A bipartisan bill submitted by Senators John Kennedy (R – LA) and Amy Klobuchar (D – MN) has passed its first legislative hurdle, gaining approval from the Senate Judiciary Committee, and will be put before the full chamber for a vote.

As Timcast previously reported, the Journalism Competition and Preservation Act is designed to allow small publications to collectively negotiate compensation from platforms like Google:

The JCPA “removes legal obstacles in order to permit small and mid-sized news organizations to negotiate jointly for compensation from digital platforms, including Facebook and Google, that access their content without allowing them to profit from their journalism.” If negotiations reach an impasse, publications are allowed to demand arbitration.

The bill, which will not apply to large publications like the Washington Post or the New York Times, has gained support from key Democrats like Dick Durbin who chairs the Senate Judiciary Committee and his counterpart on the House Judiciary Committee, Rep. Jerry Nadler.

In order to qualify for coverage under the bill, outlets would need to meet a number of key criteria. Digital newspapers must have less than 1,500 employees and online news broadcasts cannot participate if they have a presence on a television network. Platforms that have at least 50 million American users and a $550 billion market cap will be obligated to participate in the negotiations.

Klobuchar, who issued a statement following the committee’s vote, described the results as a bipartisan effort to thwart “monopoly tech companies.” According to the senator from Minnesota, local news publications are “facing an existential crisis, with ad revenues plummeting, newspapers closing, and many rural communities becoming ‘news deserts’ without access to local reporting.”

“As the daughter of a newspaperman, I understand firsthand the vital role that a free press plays in strengthening our democracy,” she said. “To preserve strong, independent journalism, we have to make sure news organizations are able to negotiate on a level playing field with the online platforms that have come to dominate news distribution and digital advertising.”

“Tech Goliaths like Facebook and Google are strangling smaller conservative publications by keeping them from making a profit on online platforms. The manipulation is squashing free speech. This bill bars Big Tech firms from throttling, filtering, suppressing or curating online content while providing local news outlets with a fair playing field to negotiate against these censorship giants,” said Kennedy. 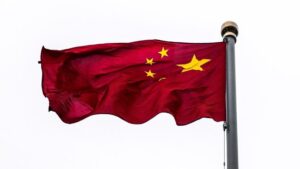