Republican Senator John Kennedy of Louisiana announced a revised version of the Journalism Competition and Preservation Act, which is co-sponsored by a number of Democrats in both chambers of Congress, and promises to support conservative, local, and small independent publications against Big Tech’s unfair business practices.

Senator Kennedy, who is joined by Democrats Amy Klobuchar, Dick Durbin, and Jerry Nadler, said that local journalism has seen its profit “hammered” by social media giants like Facebook. “This bill supports the little guy by allowing local news providers to better negotiate with tech companies for the earnings they deserve,” he said in a press release.

According to the press release, the JCPA “removes legal obstacles in order to permit small and mid-sized news organizations to negotiate jointly for compensation from digital platforms, including Facebook and Google, that access their content without allowing them to profit from their journalism.” If negotiations reach an impasse, publications are allowed to demand arbitration.

According to Kennedy, the bill will also protect conservative outlets from discrimination on digital platforms and provide a recourse for those publications that are subjected to unfair treatment owing to their political views.

The bill, which will not apply to large publications like the Washington Post or the New York Times, has gained support from key Democrats like Dick Durbin who chairs the Senate Judiciary Committee and his counterpart on the House Judiciary Committee, Rep. Jerry Nadler.

In order to qualify for coverage under the bill, outlets would need to meet a number of key criteria. Digital newspapers must have less than 1,500 employees and online news broadcasts cannot participate if they have a presence on a television network. Platforms that have at least 50 million American users and a $550 billion market cap will be obligated to participate in the negotiations.

“To preserve strong, independent journalism, we have to make sure news organizations are able to negotiate on a level playing field with the online platforms that have come to dominate news distribution and digital advertising,” Senator Klobuchar said. 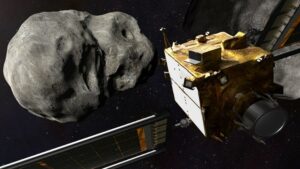