Less than a year-and-a-half since being sworn in, President Joe Biden’s economic approval numbers have fallen to the lowest levels of his presidency, according to new survey data from CNBC.

The lowest economic approval ratings for his predecessors Donald Trump and Barack Obama were 41 percent, and 37 percent, respectively.

The survey has been conducted for 15 years, but Biden’s numbers represent “the worst economic outlook measures CNBC has recorded.”

Just six percent of Republicans approve of Biden’s economic record, while 58 percent of Democrats support it.

Sixty-eight percent of respondents believe the United States economy is “poor” and are pessimistic about its chances of improving.

“The poll of 800 people across the nation found that 51% believe the president’s efforts to combat inflation are making no difference, and 30% think they are actually hurting,” according to CNBC. “Just 12% say they are helping.”

The survey found that the #1 concern in the country is inflation, followed by abortion, crime, immigration/border security, and jobs/unemployment.

Sixty-two percent of respondents believe there will be a recession within the next year.

News of Biden’s dropping economic numbers come amid U.S. inflation at a 40-year-high, while Americans are starting to flood food banks to feed their families, struggling to keep up with the increased costs of goods and services.

The economic news comes just a week after separate polls show that nearly two out of three Democrats want someone other than Biden as the party’s candidate in 2024.

Overall support for Biden hit a record low in May with a 39 percent approval rating.

“Some strategists are concerned Biden’s sinking approval numbers could spell trouble for Democrats in the upcoming midterm elections, when several polling organizations predict Democrats will likely lose control of the House,” according to Madeline Halpert, writing for Forbes. 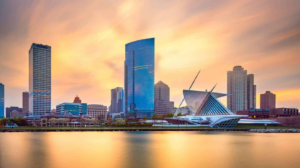