US Inflation Surges to 40 Year High

The cost of gasoline, food, housing and other goods rose in May, driving U.S. inflation to 40-year highs, according to a report from the U.S. Department of Labor’s Bureau of Labor Statistics (BLS).

In May, the Consumer Price Index increased 1 percent, more than triple the .3 percent increase from March to April. Gasoline rose in May, along with the food index, which increased 1.2 percent.

The Federal Reserve, in early May, raised its benchmark interest rate by 50 basis points, the biggest rate hike in more than 20 years, to try and dampen spending to head off inflation. Typically, Fed rate adjustments happen in 25 basis point increments.

“Inflation is much too high and we understand the hardship it is causing. We’re moving expeditiously to bring it back down,” Fed Chairman Jerome Powell said at the time.

Based on the Fed’s prior statements, May’s BLS report indicated that a sharp increase in inflation will keep pressure on the Fed, which has meetings scheduled in June, July and September.

The report shows that nearly all prices increased over the month. However, the largest contributors were indexes for shelter, airline fares, as well as new and used automobiles. Indexes for medical care, home furnishings, recreation and apparel also jumped last month.

The index for dairy and related products rose nearly 3 percent — the largest monthly increase since 2007. Indexes for nonalcoholic beverages, cereals, and bakery products rose at least one and a half percent. The index for airlines increased 12.6 percent in May, while the index for used automobiles jumped 1.8 percent, and the index for new vehicles rose 1 percent.

Over the last year ending in May, total inflation is at 8.6 percent, which BLS says is the largest 12-month increase since the period ending December 1981. The energy index rose 34.6 percent over the last 12 months, reflecting what many Americans already know, as today the national average gas price is $4.986 per gallon, according to AAA. The energy cost spike in May is the largest single year increase since the period ending September 2005.

The report shows that over the last year: 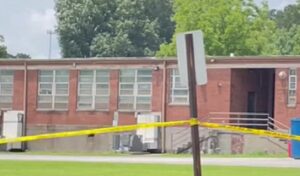