Biden now faces allegations of 'quid-pro-quo', similar to alleged deal that was the basis for impeaching former president Donald Trump

Saudi Arabia’s Foreign Ministry has released an official statement rejecting criticism of its recent decision to scale-back oil production, and confirming that U.S. President Joe Biden sought to coerce Saudi Arabia into withholding the cuts until after the 2022 midterm elections.

The Foreign Ministry says it “clarified through its continuous consultation with the US Administration that all economic analyses indicate that postponing the OPEC+ decision for a month, according to what has been suggested, would have had negative economic consequences.”

Following Saudi Arabia’s latest admission, Biden, who threatened “there will be consequences” for U.S.-Saudi relations after OPEC+ cut oil production, is now being accused of a quid-pro-quo, similar to the alleged deal that was the basis for former President Donald Trump’s impeachment.

"postponing the OPEC+ decision for a month"

This is extremely damning. In Trump's case, the "victim" of the quid pro quo (Zelensky) emphatically denied that there was any suggestion of a quid pro quo. In Biden's case, the victim is formally accusing the US of just that. https://t.co/ML4XBOH65p

“This is extremely damning,” EpochTV host Hans Mahncke posted. “In Trump’s case, the ‘victim’ of the quid pro quo (Zelensky) emphatically denied that there was any suggestion of a quid pro quo. In Biden’s case, the victim is formally accusing the US of just that.”

Biden has steadily moved the U.S. into the position of increased reliance on foreign oil to meet domestic energy needs.

Unwilling to restart the Keystone XL pipeline and to approve other measures that would increase domestic production, Biden flew to Saudi Arabia this summer to ask officials for OPEC+ to increase oil production to offset prices in the U.S.

On Oct. 5, OPEC+ announced it would cut oil production by roughly two million barrels per day. Many considered this a snub to Biden, who has been relying on the U.S. Strategic Petroleum Reserve (SPR) to try and clamp down domestic gas prices, and who has been a vocal critic of OPEC member Russia.

Saudi Arabia denied the motivation of OPEC+ was political, insisted that the decision was economic, and reiterated it was a unanimous decision by member states.

“The Government of the Kingdom of Saudi Arabia would first like to express its total rejection of these statements that are not based on facts, and which are based on portraying the OPEC+ decision out of its purely economic context,” the statement read. 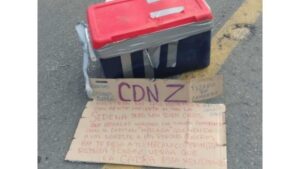