The White House’s menu for the state dinner with French President Emmanuel Macron featured a commodity caught in the crossfire of stringent federal environmental regulations, prompting a Congressman from Maine to call out the administration’s hypocrisy.

Under the Biden administration, a number of environmental regulations have been imposed on Maine’s $1 billion lobster industry with significant economic consequences to those who rely on the industry for income. The rules were enacted ostensibly to protect the endangered right whale despite very little evidence that American lobstermen are responsible for threats to the species.

President Joe Biden hosted Macron and his wife, Brigitte, at the White House on Dec. 1. The formal, diplomatic dinner’s menu included a trio of American cheeses, caviar, beef with shallot marmalade, and Maine lobster poached in butter. White House executive chef Cristeta Comerford confirmed to the Press Herald that 200 lobsters were secured for the occasion.

Congressman Jared Golden of Maine voiced his frustration with the Biden administration on Twitter.

“If the Biden White House can prioritize purchasing 200 Maine lobsters for a fancy dinner, @POTUS should also take the time to meet with the Maine lobstermen his administration is currently regulating out of business,” Golden said in response to a photo from a CNN journalist of the dinner.

If the Biden White House can prioritize purchasing 200 Maine lobsters for a fancy dinner, @POTUS should also take the time to meet with the Maine lobstermen his administration is currently regulating out of business. https://t.co/PLiGGopsid

Despite serving lobster at the black-tie affair, the Biden administration acted in opposition to the industry in September of 2021 by failing to intervene when the National Oceanic and Atmospheric Administration severely restricted the industry’s operations. Citing a 2017 death of a right whale, the NOAA closed about 950 miles of fishing waters in the Gulf of Maine between October and January — the industry’s most lucrative season, per the Maine Wire.

Additionally, the NOAA limited the number of lines fishermen are permitted and implemented new and costly gear-marking regulations.

Maine Governor Janet Mills and the state’s entire Congressional Delegation jointly denounced the regulations as no right whales had been entangled in Maine lobstermans’ lines in more than two decades.

“We agree that we must protect the fragile right whale population, but we must do so without endangering human lives or livelihoods,” the political representatives wrote. “It is unacceptable that Maine lobstermen and women continue to be the primary target of burdensome regulations despite the multiple effective mitigation measures they have taken and the data showing that ship strikes and Canadian snow crab gear pose substantially greater risks to right whales.”

Other elected officials question why the Biden administration was allowing the NOAA to punish Maine rather than confronting the government of Canada, where more right whale deaths had been recorded.

“This administration is pinning the blame on our lobster industry rather than confronting the Canadian government who has taken zero action to address concerns regarding the large number of right whale death in Canadian waters over the last 5 years,” State Representative Sherm Hutchins said on a podcast for Maine’s House Republicans.

To assist those economically impacted by the federal regulations, Democratic state representative Holly Stover proposed establishing a $30 million fund to aid fisherman and their families.

Golden joined Mills, Congresswoman Chellie Pingree and Maine Senators Susan Collins and Angus King in expressing disappointment and “deep frustrations” in Whole Foods’ decision, which “continues to harm the livelihoods of hardworking men and women up and down Maine’s coast.”

“In an appeal to retailers just weeks ago, we outlined the facts: there has never been a right whale death attributed to Maine lobster gear; Maine lobstermen have a 150-year history of sustainability; and Maine’s lobstering community has consistently demonstrated their commitment to protecting right whales,” the Congressional Delegation said in a joint statement. “Despite this, the Marine Stewardship Council, with retailers following suit, wrongly and blindly decided to follow the recommendations of misguided environmental groups rather than science.”

“In 2020, while running for president, Biden pledged ‘I will work to protect the livelihood and safety of the fishing community’ in reference to lobstermen. He has yet to take a single action to make good on that pledge,” Golden told Fox News.

The Democrat has urged Biden to meet with Maine’s Congressional Delegation and leaders of the lobster industry to work toward a solution.

“You cannot espouse being a president for working people while simultaneously overseeing the destruction of an entire blue-collar fishery and its community’s heritage and way of life,” Golden said. 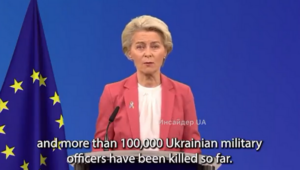