The video, which was quickly deleted, did not escape the attention of Europe’s Slavic neighbors in Ukraine and Russia, with the latter utilizing it to claim success in the conflict.

“Russia’s invasion of Ukraine has brought death, devastation and unspeakable suffering,” von der Leyen said as she started her speech. But for those who heard her words later, a significant assertion was omitted from the original.

“We all remember the horrors of Bucha,” she continued in the original video posted on Twitter. “It is estimated that more than 20,000 civilians and 100,000 Ukrainian military officers have been killed so far.”

Here we have the original video, the one you deleted pic.twitter.com/Xs29au7Yy7

Von der Leyen’s comments, which provoked negative reactions from Ukrainian officials, appeared to erroneously cite a previous estimate from Gen. Mark Milley, the chairman of the Joint Chiefs of Staff.

However, Milley, who revealed the estimates during a speech he gave at the Economic Club of New York, was speaking about casualties and not fatalities.

According to the general, “well over 100,000 Russian soldiers” had been killed or wounded since the start of the conflict. And, according to Milley, American intelligence indicated that Ukraine was probably dealing with a similar situation.

After being notified about their error, the commission quickly removed the video and uploaded an edited version with the sentence removed.

Russia must pay for its horrific crimes.

We will work with the ICC and help set up a specialised court to try Russia’s crimes.

With our partners, we will make sure that Russia pays for the devastation it caused, with the frozen funds of oligarchs and assets of its central bank pic.twitter.com/RL4Z0dfVE9

Many thanks to those who pointed out the inaccuracy regarding the figures in a previous version of this video.

The estimation used, from external sources, should have referred to casualties, i.e. both killed and injured, and was meant to show Russia‘s brutality. https://t.co/GesDe7bK8v

Speaking to Ukrainska Pravda, Bohdan Senyk, a spokesman for Ukraine’s military, refused to confirm or deny the figure.

“We cannot confirm this figure, we emphasize that the losses of the Ukrainian army are official information,” the he said.

According to Senyk, Ukraine has restricted the public disclosure of casualties and the official refused to comment further on the matter. 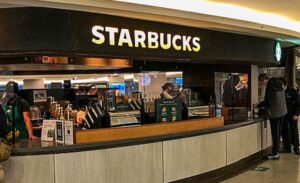 Starbucks Found to Be in Violation of Labor Laws