Starbucks Found to Be in Violation of Labor Laws

Starbucks has been found to be in violation of labor laws for refusing to recognize a union organized by workers at one of their Seattle locations.

The National Labor Relations Board has now ordered the company to sit down for negotiations with representatives for the union.

The Starbucks location was also ordered to cease and desist its refusal to recognize the union.

In April, workers at the Starbucks Reserve Roastery store voted 38-27 to join Workers United, an affiliate of the Service Employees International Union. Over 250 Starbucks locations across the nation already have unions, and more are continuing to form.

In a leaked video call that same month, Starbucks CEO Howard Schultz called unions “some outside force that’s going to dictate or disrupt who we are and what we do.”

“I wasn’t there, but there are stories that people potentially had been bullied not to vote,” Schultz said.

Starbucks has been charged with illegally pressuring workers to vote against the union. pic.twitter.com/vcSuoY0hhA

Rossann Williams, Starbucks’ president for North America, was also on the call and told store managers that it is “your number one responsibility” to persuade store employees to vote no.

She told managers it is “your number one responsibility” to persuade store employees to vote no.

Williams claims there has been zero union-busting — the NLRB disagrees. pic.twitter.com/kAinawqH65

According to a report from The Hill, the Seattle Starbucks has been fighting the election results since July and refusing to negotiate or recognize them — which violates labor laws.

“Within 21 days of receiving the notice, Starbucks must file a form with local NLRB officials attesting to the steps it has taken to comply with the order,” the report says. “Starbucks has pushed back aggressively to the efforts, and union representatives have accused the coffee giant of union busting.”

In August, a Starbucks in Tennessee was ordered to reinstate seven workers who claimed they were fired for joining a union.

“Today’s federal court decision ordering Starbucks to reinstate the seven unlawfully fired Starbucks workers in Memphis is a crucial step in ensuring that these workers, and all Starbucks workers, can freely exercise their right to join together to improve their working conditions and form a union,” NLRB General Counsel Jennifer Abruzzo said in a statement at the time.

“Starbucks, and other employers, should take note that the NLRB will continue to vigorously protect workers’ right to organize without interference from their employer,” Abruzzo added. 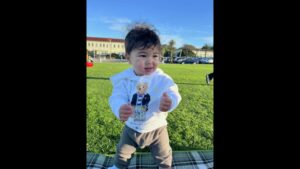