The child was at the park with his twin brother and nanny, who said that the baby was playing in the grass and putting leaves in his mouth, like he normally does, according to the San Francisco Chronicle.

Shortly after, the baby began having breathing problems, which led to the nanny calling his father, Ivan Matkovic, who was working from home and immediately left to come to the playground. The nanny then called Matkovic back, saying the boy was turning blue and that she would administer CPR and call 911.

A spokesperson for the city Fire Department confirmed that paramedics revived a child who was in cardiac arrest at Moscone Park at 2:56 pm on Nov. 29.

Paramedics placed the baby on a gurney, slid him into the back of an ambulance, and after seeing nothing obstructing his airway, administered Narcan, a treatment used to reverse drug overdoses.

Matkovic said that within seconds, his son began breathing and crying.

The baby was rushed to the hospital, where medical staff ran lab tests confirming the boy had fentanyl in his system. The 10-month-old stayed at the hospital for observation and was discharged around midnight.

We are happy that we were able to respond quickly and assist this family. We need to keep our children safe. This doesn't just impact this family, it impacts us all. @SFFDPIO @SFFDNERT @sffdstation49 #sffd pic.twitter.com/WafDZAE4DE

“I’m frankly ignorant to the fentanyl problem,” Matkovic said in a phone interview with The Chronicle. “I’m just a dad that something bad happened to. I just wanted to let people know that along with coyotes and RSV and COVID, this is another thing to add to your checklist of things that you’re looking out for, because we weren’t.”

Officials from the police and Recreation and Park Department said they did not find any drugs or drug paraphernalia after searching the park. Matkovic said he had no reason to suspect the nanny — who has worked for the family for a year — or anyone else had intentionally given the drug to his child.

“It’s not just dealers and people you don’t know who are impacted by this, it’s tipping over into the broader populace, and it feels like it needs that kind of COVID-like attention, and it doesn’t seem like it’s getting that,” Matkovic said.

Fentanyl is the deadliest drug threat facing the U.S., according to a statement from the U.S. Drug Enforcement Administration (DEA). Fentanyl is a synthetic opioid that is 50 times stronger than heroin and 100 times more potent than morphine.

“Just two milligrams of fentanyl, which is equal to 10-15 grains of table salt, is considered a lethal dose,” the DEA says.

Julie Jones, another nanny who brings children in her care to the park, said she was not surprised, given the realities of living in San Francisco, according to The Chronicle.

“You literally have to watch their every move,” Jones said. “Does it make me nervous? Yeah. But we found glass over there … syringes … I don’t let kids go into the bushes. Every playground has these problems.” 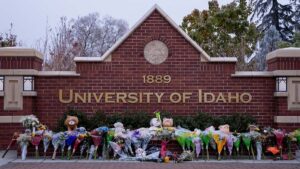