The virus has been reported in 14 countries

Anyone who tests positive for monkeypox in Belgium will be required to isolate themselves for 21 days.

The virus has been detected in 14 countries worldwide.

Monkeypox is related to smallpox and is typically found in the tropical rainforests of Central and West Africa.

While considered endemic in some countries, the virus has spread through Europe, Canada, Australia and America in recent weeks, causing concern among health officials.

The cases recorded in Belgium have been linked to a festival in Antwerp, a port city on the Schelde River, reports The Daily Mail.

“Infected persons will have to go into contact isolation until the injuries have healed (they will receive concrete instructions about this from the treating doctor),” according to an English translation of the government’s announcement, per CNBC.

In addition to Belgium, monkeypox has been reported in the United Kingdom, Spain, Portugal, Sweden, France, Germany, Italy, and Switzerland.

Professor David Heymann, an infectious disease specialist at the World Health Organization, told Sky News that he suspects the virus was being transmitted in a “sexual form.”

“What seems to be happening now is that it has got into the population as a sexual form, as a genital form, and is being spread as are sexually transmitted infections, which has amplified its transmission around the world,” he said.

As of May 23, the UK Health Security Agency reported that 56 cases of the virus had been reported since May 7. The agency also warned that a significant number of people in Britain and Europe who had contracted monkeypox were gay and bisexual men.

The UK has recommended that anyone who fits the classification of a “high-risk” contact should self-isolate for 21-days including refraining from going to work.

The global total number of cases is reported to have surpassed 100. Belgium, which has four local cases so far, introduced the quarantine requirements on May 20.

The first case of monkeypox detected in the United States was discovered in Massachusetts on May 18. The patient tested positive for the virus after traveling home from Canada.

“It’s not clear how people in those clusters were exposed to monkeypox but cases include people who self-identify as men who have sex with men,” the CDC noted.

The agency has urged medical care providers to monitor patients for the rash associated with the virus.

Other symptoms include fever, chills, and lymphadenopathy. 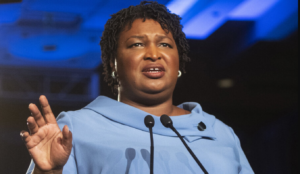