Monkeypox Detected in 11 Countries, Reports WHO

The World Health Organization announced that 80 cases of monkeypox have been recorded in 11 countries.

There are an additional 50 cases pending confirmation.

“WHO is working closely with the countries concerned to investigate these cases further, determine the likely source of infection, how the virus is spreading, and how to limit further transmission,” said the organization’s Regional Director for Europe Dr. Hans Henri P. Kluge in a statement on May 20. “Anyone who is concerned about an unusual rash should consult their doctor or healthcare provider.”

“Monkeypox does not normally spread easily between humans, and requires close contact, with the virus entering the body through broken skin, the respiratory tract, eyes, nose and mouth, and via bodily fluids,” added Kluge. “The main way it can spread is through close physical contact, including sexual contact, with someone who has monkeypox.”

Monkeypox is caused by a virus in the Orthopoxvirus genus and resembles smallpox but is less severe. The zoonotic illness is primarily reported in Central and West Africa in tropical rainforest areas.

There are a number of nations where the virus is considered to be endemic.

Symptoms can include fever, rash, back pain, intense headache, and swollen lymph nodes and last between 2 to 4 weeks. The illness’s rash typically appears 1-3 days after the fever and is often concentrated on the face and limbs. Between 3-6% of cases are fatal, according to WHO data.

The agency notes that an antiviral agent that was developed to treat smallpox has already been licensed for the treatment of monkeypox.

The first case of monkeypox in America was detected in Massachusetts on May 18. Limited details were released about the patient, who was being treated at Massachusetts General Hospital.

“They were being evaluated for various symptoms. During the course of their admission, they were identified as a possible monkeypox suspect,” Dr. Erica Shenoy, a physician in the hospital’s emerging special pathogens department, said in a statement to WCVB.

The hospital’s findings were confirmed through testing by the U.S. Centers for Disease Control and Prevention.

Kluge expressed concern that the number of reported cases could climb during the summer months.

“As we enter the summer season in the European Region, with mass gatherings, festivals and parties, I am concerned that transmission could accelerate, as the cases currently being detected are among those engaging in sexual activity, and the symptoms are unfamiliar to many,” the regional director said. “Hand and respiratory hygiene, along with personal protective equipment and adequate isolation of suspected and confirmed cases are also critical to reduce transmission in healthcare settings — the measures we have all been following for COVID-19.”

He also warned the public that those who have contracted the virus should not be “stigmatized or discriminated.”

The WHO’s statement affirmed this sentiment.

“Stigmatizing groups of people because of a disease is never acceptable. It can be a barrier to ending an outbreak as it may prevent people from seeking care, and lead to undetected spread,” the organization noted. 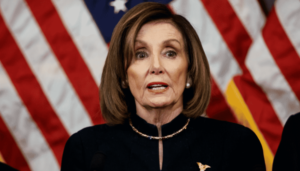