A nine-year-old boy from Dallas died on Nov. 14 following the injuries he sustained at the Astroworld Festival in Houston, Texas.

He is the tenth and youngest victim of the mass casualty event that occurred on Nov. 5 when the crowd at the 50,000 person festival surged toward the stage.

Ezra Blount died at Texas Children’s Hospital in Houston from the serious injuries he sustained during the chaos. He has been placed in a medically induced coma.

“The Blount family tonight is grieving the incomprehensible loss of their precious young son,” the Blount family’s attorney Ben Crump said in a news release. “This should not have been the outcome of taking their son to a concert, what should have been a joyful celebration.”

According to AP News, “Treston Blount, Ezra’s father, described what happened Nov. 5 in a post on a GoFundMe page that he set up to help defray Ezra’s medical expenses. He said Ezra was sitting on his shoulders when a crowd surge crushed them. The father lost consciousness and when he came to, Ezra was missing, Blount said. A frantic search ensued until Ezra was eventually found at the hospital, severely injured.”

The Blount family has filed a lawsuit against concert organizer LiveNation and rapper Travis Scott seeking $1 million in damages in the wake of their son’s death.

The boy’s brain, kidney and liver were severely damaged after being “kicked, stepped on, and trampled, and nearly crushed to death,” according to the lawsuit.

Videos of the event show Scott performing for approximately 30 minutes before stopping the show. Previous incidences of the performer encouraging violence or disruption at his concerts have resurfaced.

Nine other people died at Astroworld, ranging in age from 14 to 27. Their causes of death have yet to be determined by the medical examiner. At least 13 others were hospitalized and 300 injured concertgoers were treated by medics on site.

Lawsuits have been filed on behalf of over 100 people as a result of the event.

The FBI and Houston Police Department are conducting a criminal investigation. They plan to review videos of the event captured by those in attendance in an effort to determine what happened.

The event’s organization involved not just Scott and LiveNation but Harris County, which owns the park where the festival was held, and Harris County Sports and Convention Corporation, which was tasked with overseeing the event.

“Concurrently, Harris County Judge Lina Hidalgo has said she is examining the possible pursual of an ‘independent and objective’ investigation into what occurred,” per Newsweek. This could possibly “resolve any potential conflicts of interest from city and county investigators looking into the local governments’ possible responsibility in the incident.”

Scott has offered to pay for the funeral expenses of those who were killed at the event. 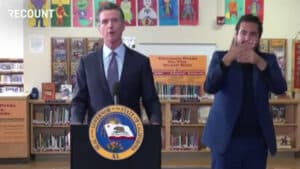