'We keep talking about equality and equity and all these big buzzwords. This is actual equality ... of opportunity for everybody,' one mother told Timcast

PHOENIX, Ariz.—Hundreds of Arizona parents and students gathered outside of the state house to protest a new proposal from Gov. Katie Hobbs that would roll-back the expansion of the state’s Education Scholarship Account (ESA) program, which has allowed families to invest in educational options outside the public school system.

In her first budget proposal as governor, Hobbs proposed repealing the ESA program, also known as a school voucher program, arguing that her plan would save taxpayers more than $144 million for the 2024 fiscal year.

ESA accounts allow parents to use a portion of state education funds to pay for educational options outside of the public school system, including private school tuition, micro schools, tutoring, textbooks, home-schooling, special needs education, and other expenses.

The state has had an ESA program since 2011, but initially was only available for students with disabilities. Last year, the legislature passed an ESA law that eliminated eligibility requirements, making ESAs available to all students in Arizona.

“We are all gathered here today because we are deeply concerned over what feels like very threatening words directed at Arizona parents from the new governor Katie Hobbs,” Stacey Brown, a mother whose children are ESA students, told reporters.

“This is our right by law to access empowerment scholarship accounts to help educate our children,” she added. “Governor Hobbs’ proposal to repeal the universal ESA program that so many of us are now using is incredibly disappointing to Arizona parents. This is a program that opens up the opportunity for a world class education to all children.”

Supporters of Hobbs’ plan say that the universal ESA program will cost taxpayers around $1.5 billion over the next 10 years.

“But there’s an obvious problem with her math. Arizona spends more than $12,000 a pupil on its public schools, while the typical universal ESA award amount is only $7,000,” Jason Bedrick and Corey DeAngelis, adjunct scholars at the Cato Institute, stated in a Wall Street Journal op-ed. “Ms. Hobbs counts the cost of the program but ignores the fiscal benefit.”

A recent study from the Commonsense Institute of Arizona shows that ESAs actually save the state money.

“The ESAs are funded with 90 percent of the state’s per pupil expenditure, but none of the federal or local portion, which means that each student who uses an ESA instead of enrolling in a district school generates savings for taxpayers,” Bedrick and DeAngelis write.

Parents taking part in the event at the Arizona Capitol say they are angry over attempts by Hobbs to cut ESAs, which currently benefit 46,000 students.

One local family told Timcast that even within the few months the program has been available it has made a difference in their lives.

“I work part-time. My husband’s a firefighter. We’re both a dual veteran household,” said East Mesa resident Kelly Anderson. “He was working after extra shifts and I was working more hours to be able to provide for the educational deficits that the public school left us with.” 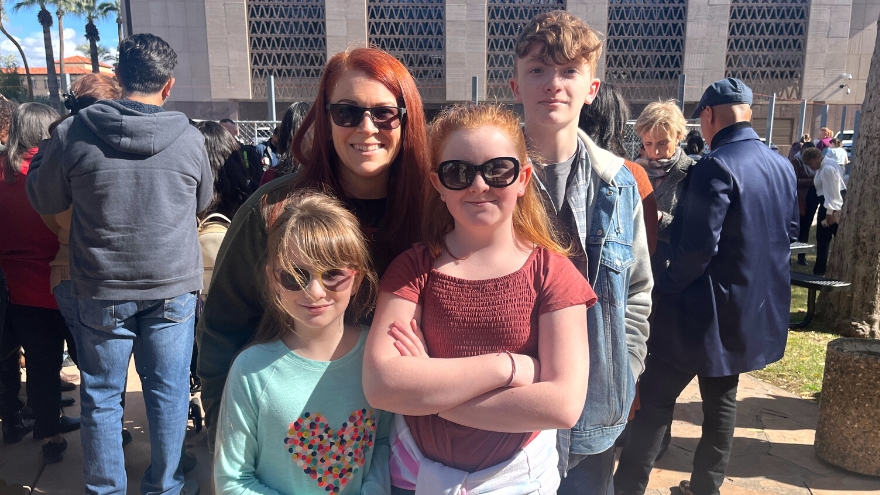 Overcrowding in the public school system had “a lot of negative effects” and left her daughter Kaylee 18 months behind in reading. After pulling her from public school, taking advantage of the ESA program, her daughter’s reading skills have caught up in only five months.

Anderson says her son, Shane, has also made advancements due to the ESA program, and noted that now both children are learning foreign languages. “I mean, really it changed our entire life,” she said.

As one of many parents supporting and benefitting from the ESA program, Anderson told Timcast she does not understand why Hobbs is trying to cut the program. 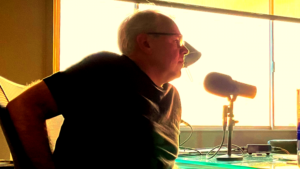