‘The pain of those teenage years was what I wanted to exorcise, people I hurt … because of my … writerly imagination’ Bret Easton Ellis told Timcast

Bret Easton Ellis speaks with Timcast writer Shane Cashman in his studio during a recording of The B.E.E. Podcast somewhere on North Doheny Drive, just below Sunset Blvd., on Jan. 12, 2023

LOS ANGELES, Calif.—Between fiction and nonfiction exists a vast gray chasm that includes all possibilities, a realm where fact and fantasy can merge into a dream-state. Or, as novelist and literary philosopher John Gardner put it, “Good fiction sets off … a vivid and continuous dream in the reader’s mind.”

Bret Easton Ellis has been exploring this exact mode of storytelling for over four decades. His third and most infamous novel, American Psycho, imparts one of the most disturbing and thrilling traumnovelles in modern fiction, with its mingling of sex, violence, satire, social commentary, and Dostoyevskian insight into the human psyche. Not to mention the fact that, for anyone whose humor leans toward the dark side, it’s pretty damn funny.

While American Psycho is arguably the most extreme embodiment of Ellis’ aesthetic, the novelist has somewhat rivaled himself with his latest feat — The Shards (Knopf, $30, 608 pgs., hardcover). His new novel, the author’s first work of fiction in 13 years, pulls together all the signature elements of his style and sensibility into a story that’s fresh, even though it’s set in the past, and even though it’s been a labor of love that Ellis has been trying to put down on paper for nearly 40 years.

The struggle of telling this particular story was punctuated with promising starts and sudden stops. There was a moment during the early aughts when, after moving back to L.A. from New York City, Ellis “felt stronger, more resolved about the past, and that I was capable of steeling myself from the pain of it all and entering the dream,” he writes.

But the process of typing up a few pages of notes caused the author to tremble so severely he downed half of a bottle of Ocho tequila to numb himself. Then, he had an anxiety attack so severe that he wound up in the emergency room of Cedars-Sinai.

“I had wanted to love this novel and it seemed to be finally offering itself to me and I was so tempted, but … I found myself unable to fall into the dream,” he writes in the novel’s prologue.

The Shards is more than a mere work of fiction for Ellis. Set in 1981, the story follows a 17-year-old Bret Easton Ellis during his senior year at the prestigious Buckley prep school in L.A. As a serial killer nicknamed The Trawler haunts the city, leaving horrific scenes of carnage in his tracks, Bret finds himself obsessed with Robert Mallory, a new student with a puzzling past. As Bret’s personal relationships begin to fray, the budding writer’s imagination begins to drive his actions; his penchant for crafting an enticing storyline engulfs his ability to perceive reality — or does it?

A version of the mind game presented in American Psycho (is the protagonist a murderer in reality or only in his mind?) is amplified and reconfigured here, and the distance between the writer and character has been removed: we’re not reading about Patrick Bateman or some avatar for Ellis; we’re reading about the key moments of the author’s life that made him into the literary legend he is today.

Or so he would have us believe.

“Yeah, the stressing that this was real, and a legit memoir, was definitely part of my process when I was working on The Shards,” Ellis told Timcast. “It wasn’t exactly a game or a trick but it was something I felt I had to do — kind of a way of convincing myself, immersing myself into this world I was both creating and recalling. … a way of working through the material, it just felt natural.”

The published version of The Shards is presented outright as a novel — “ENTIRELY A WORK OF FICTION,” as the last page of the book announces for clarity. But for the first people who encountered the unfiltered version of this story, this admission of gamesmanship wasn’t an aspect of the storytelling.

The Shards, unlike any of Ellis’ other novels — indeed, unlike any works of fiction from established authors — enjoyed a life of its own prior to publication. In fact, Ellis did not initially devise the novel for readers. He wrote it for his podcast audience.

During the pandemic, in the later part of 2020, Ellis began serializing The Shards for listeners to The Bret Easton Ellis Podcast. Every two weeks, subscribers could tune in and listen to Ellis read the latest chapter of his then work-in-progress. At that point, the story wasn’t even called a novel or a work of fiction. Rather, it was simply presented as a kind of confession or memoir from the most iconic Gen-X novelist alive. (I cannot pinpoint the exact episode, but there was a moment, I believe during a segment where Ellis answered questions submitted by listeners, where he claimed what he was writing was 97 or 98% true.)

Though listeners like myself may have initially tuned in to learn about the untold story of violence that made a lasting impact on young Ellis, we stayed because of the tightly wound and visceral storytelling.

I asked Ellis if the positioning of the story as nonfiction during its podcast release was a provocation.

“Not a provocation … I didn’t force it,” he said. “It was just where I was in the moment. Not overthought, not intellectualized, just felt — ‘Yeah, this is all true. Yeah, this really happened to me.’ And in a way a lot of it did — I was dealing with emotions and feelings I had forty years ago and that were still haunting me in 2020.”

Though Ellis’ process was simple, the novel itself, like his entire body of work, is anything but. Although The Shards exists in a illusory revolving door between reality and fantasy, the details of Los Angeles in 1981 are so razor-sharp, and the inner life of the main character is so rich and deeply felt, that the narrative never drifts totally into the surreal. The events — whether barbaric and appalling, or tender and controlled — seem to have a foothold in the real world.

The reader is invited to inhabit young Bret’s state of mind so closely that you gradually find yourself becoming one with the madman. Shocking actions feel justified. Deranged thoughts sound plausible. Boldfaced lies serve as a necessary protective mechanism for a boy and his high school friends who were “superficially sophisticated,” Ellis writes — teenagers “who really knew nothing about how the world actually worked — we had the experience, I suppose, but we didn’t have the meaning. At least not until something happened that moved us into a state of exalted understanding.”

Though The Shards is a culmination of themes and ideas from all of his previous novels, Ellis wasn’t entirely conscious of that during the writing process.

“Sure, a culmination, but I was not aware of it as I was writing it,” he said. “I only really felt that after the writing was over.”

While he was writing, Ellis did recognize the inspiration for all of his other books — “whether it was an interest in serial killers, celebrity and fashion, horror fiction, youthful beauty, pop culture in general. The Shards is about the writer of those future books, so I was somewhat surprised to see how naturally this all unfolded and that could be referenced in later works.”

But those who follow Ellis’ career closely know that these familiar components are the exterior tools that he utilizes for a deeper purpose — the alleviation of personal pain.

“There’s no mark to hit when you’re writing a book. I write books to relieve myself of pain,” he said in his 2012 Paris Review interview. “That’s the prime motivator to write. Period.”

“Pain’s interesting,” he told The Guardian in 2010. “Depravity’s interesting. All of my books come from pain. I mean, what’s ever been interesting about joy?”

In a recent piece for Interview Magazine, Ellis spoke of how “the pain of existing within [society] — feeling like an outsider, someone who didn’t belong — was always a motivating factor to write even though I might have looked like an insider.”

This begs the question: what pain was Ellis wrestling with in his latest book?

“The pain of those teenage years was what I wanted to exorcise,” he said. “People I hurt, or wounded, because of my selfishness and my writerly imagination — I was a fabulist and I learned a lesson about that, which was [what] The Shards was always about from when I conceived it in 1982 until now.”

Though it remains somewhat unclear if the process of finally telling the story actually alleviated any pain the author was contending with, one thing is abundantly clear: Ellis remains a formidable literary presence despite cancelation campaigns and incessant rejection from the critical establishment.

Perhaps one explanation for his longevity could be the fact that Ellis never allowed scathing criticism to get under his skin. Even when the New York Times Book Review ran a piece titled “Snuff This Book: Will Bret Easton Ellis Get Away With Murder?” months before American Psycho was published, he remained unstirred.

“The piousness and hysteria was amusing,” he said in Interview Magazine. “I still remember lines from [that article] and smile. I’ve never responded to a bad review — I just don’t really care and I’ve been the worst-reviewed writer of my generation.”

I asked Ellis if he sees this as an accolade.

“An accolade, yes! A badge of honor, of course,” he said. “I don’t know why: I just rub some people the wrong way. I also have a very particular aesthetic and you either get it or you don’t — it’s not somewhere in the relatable middle. But I don’t really care.”

“It’s all about the book, the writing — the rest is nonsense.” 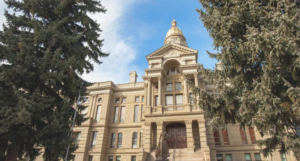