Goldwater Institute: 'Families deserve the right to choose the best education option for their children, regardless of zip code'

Universal school choice is set to move forward in Arizona after a final bid to prevent it from taking effect has apparently stalled.

In July, Governor Doug Ducey signed into law H.B. 2853, the most expansive school choice legislation in the country.

The legislation creates Empowerment Scholarship Accounts (ESAs), which allow education funding to follow students and will provide up to $7,000 per year for any child in the state eligible to attend school to go to the educational institution of their choice.

Teachers unions and opponents to the bill put up a last minute fight to try and block the bill by attempting to have the issue become a ballot initiative. They needed to collect 118,843 signatures in order to do so. But, based on petition sheets released by the Secretary of State’s office, they only submitted 88,866 signatures.

BREAKING: It appears that Save our Schools Arizona only submitted 88,866 signatures.

They are far short of the 118,843 signatures needed to repeal #HB2853, the universal ESA AZ law via ballot referendum.

This means that universal ESA will become the law in Arizona.

This means that barring some unforeseen development, the state’s ESA program will be enacted, expanding education access to more than 1.1 million children.

“Proponents of the failed referendum built their effort on the fallacy that public schools are harmed by Arizona’ ESA program. That of course is untrue,” Arizona House Representative Ben Toma said in a statement. “In Arizona, we have seen that when funding follows the student, the performance of schools and students has improved.”

ESAs were first established in Arizona in 2011 and at the time were only available to students with disabilities. In 2022, legislators established a second ESA program to provide universal access to the program to every family in the state.

“Arizona families want choice in education. That is clear by the preliminary low signature count,” said Cathi Herrod, Esq., President of the Center for Arizona Policy Action. “If those numbers hold and the measure does not make the ballot, Arizona families can again begin to apply for ESAs to help them choose the best educational environment for their children. ESAs are the end of the one-size-fits-all education that works for some, but not for many others.”

Parents who do not want their children to attend public schools are now able to take advantage of the program to fund non-public options, including private school, homeschooling, tutoring, micro schools, or other educational solutions they choose.

There are no new restrictions on families, children do not have testing requirements for eligibility, and non-public institutions are not required to report results.

“The preliminary results make it clear: Arizona families have rejected special interests’ attempts to take away their ability to choose the education that best meets their child’s unique needs,” said Victor Riches, President and CEO of the Goldwater Institute. “Families deserve the right to choose the best education option for their children, regardless of zip code, and now, they’ll once again be able to exercise that right by applying for ESAs.” 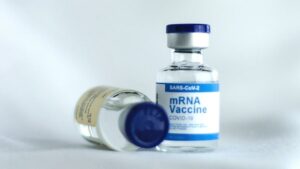