Amazon will end its charity donation program in order to cut costs.

The retail and technology company announced that AmazonSmile will end on Feb. 20. Through the program, Amazon donated 0.5% of eligible purchases to a charitable cause.

AmazonSmile was originally launched in 2013 but has not “grown to create the impact that [the company] had originally hoped.”

“We will continue to pursue and invest in other areas where we’ve seen we can make meaningful change—from building affordable housing to providing access to computer science education for students in underserved communities to using our logistics infrastructure and technology to assist broad communities impacted by natural disasters,” the company said in its Jan. 18 announcement address to consumers.

To compensate for the change, Amazon plans to give charities enrolled in the program “a one-time donation equivalent to three months of what they earned in 2022” as well as any donation they received before AmazonSmile is shuttered.

“Once AmazonSmile closes, charities will still be able to seek support from Amazon customers by creating their own wish lists,” the company noted.

Amazon told customers that the vast number of organizations eligible to receive contributions through the program meant AmazonSmile’s “ability to have an impact was often spread too thin.”

Amazon will continue to support “thousands of charities and communities” through its own philanthropic branches. This includes its Housing Equity Fund, its Amazon Future Engineer initiative, its Community Delivery Program for food banks, the Amazon Disaster Relief program, and its corporate donations to local nonprofits of its selection.

A spokesperson for Amazon told NPR that AmazonSmile’s average donation to a charity organization based in the United States was $230.

Since the program’s launch, some Amazon shoppers have complained that AmazonSmile is not embedded into the website’s shopping functions and that they are not as easily contributing while making purchases as they would like.

This is a wonderful program with a big BUT! Here’s the ‘BUT’: Why do shoppers have to go to the smile link in order for donations to kick in? Why can’t the contributions simply be linked to the shopper’s account? I want to support a nonprofit, but i frequently forget to go to smile. Is Amazon trying to get organizations to encourage their members to use Amazon, but secretly hoping they will forget to go to the smile link so Amazon doesn’t really have to make a donation? A truly noble approach would be to make it automatically link to the shopper’s account.

Others have said the contribution rate is too minuscule to make a significant difference for a nonprofit. If a customer made a $100 purchase, $0.50 would be donated.

“If all Amazon purchases counted toward the donation then one could argue that the company’s massive volume would generate substantial revenue for a lot of charities — even small ones,” wrote David Hessekiel for Forbes on Jan. 19. “But, human nature being what it is, requiring consumers to shop on the AmazonSmile site drastically reduced qualifying purchases.”

By 2020, AmazonSmile had contributed $365 million to charities across the world since the program’s launch. Amazon made $26.9 billion in profits in 2020 alone.

The announcement is the latest effort undertaken by the company to reduce spending. In January, Amazon laid off 18,000 employees – about two months after the previous round of terminations that impacted 10,000 employees.

“Amazon has weathered uncertain and difficult economies in the past, and we will continue to do so,” said CEO Andy Jassy. “These changes will help us pursue our long-term opportunities with a stronger cost structure; however, I’m also optimistic that we’ll be inventive, resourceful, and scrappy in this time when we’re not hiring expansively and eliminating some roles.” 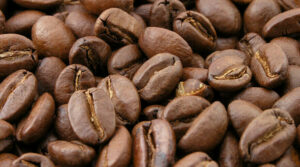