Amazon has announced an additional 8,000 jobs as slated for termination this January, adding to the figure from the previous November round of layoffs, which saw some 10,000 employees let go from the e-commerce giant.

Timcast previously reported that Amazon had begun trimming its fat in November, shedding some 10,000 jobs primarily from its human resource, Amazon devices, Alexa, and retail divisions. Now, the company has announced an additional 8,000 layoffs in a blog post from CEO Andy Jassy, prompted by a leak from a high-level Amazon employee with advance knowledge of the forthcoming terminations.

“We typically wait to communicate about these outcomes until we can speak with the people who are directly impacted. However, because one of our teammates leaked this information externally, we decided it was better to share this news earlier so you can hear the details directly from me,” Jassy said.

PXT — that’s Amazon’s People Experience and Technology Solutions Team, the group tasked with making sure other employees feel at home while working for Amazon — is expected to take a major hit, with many individuals working to make “Amazon into Earth’s best employer” being shown the door.

Amazon also plans to cut a number of positions associated with their physical Amazon brand stores, such as Amazon Style and Amazon Fresh.

Cut employees will receive a severance package, according to Jassy, who stressed that the “S-team,” Amazon’s parlance for its most senior executives, composed of Jeff Bezos’ most trusted advisors, was “deeply aware that these role eliminations are difficult for people, and we don’t take these decisions lightly or underestimate how much they might affect the lives of those who are impacted.”

The CEO went on to say that those employees who are contacted (outreach is expected to begin on Jan. 18) can expect support from Amazon including “a separation payment, transitional health insurance benefits, and external job placement support.”

The terminations are part of a months-long “annual planning process,” a routine analysis at Amazon in preparation for the upcoming year. According to Jassy, the review for 2023 was complicated by the recent unpredictable nature of the economy and by Amazon’s rapid COVID-era hiring practices:

As I shared back in November, as part of our annual planning process for 2023, leaders across the company have been working with their teams and looking at their workforce levels, investments they want to make in the future, and prioritizing what matters most to customers and the long-term health of our businesses. This year’s review has been more difficult given the uncertain economy and that we’ve hired rapidly over the last several years. In November, we communicated the hard decision to eliminate a number of positions across our Devices and Books businesses, and also announced a voluntary reduction offer for some employees in our People, Experience, and Technology (PXT) organization. I also shared that we weren’t done with our annual planning process and that I expected there would be more role reductions in early 2023.

Jassy also offered insight into the ideological viewpoint of Amazon executives, highlighting the cornerstone of their leadership philosophy: “Invent and Simplify.” For Jassy, these terminations align with that principle — contraction, or simplification, is a necessary phase that long-lasting companies go through, he said:

Amazon has weathered uncertain and difficult economies in the past, and we will continue to do so. These changes will help us pursue our long-term opportunities with a stronger cost structure; however, I’m also optimistic that we’ll be inventive, resourceful, and scrappy in this time when we’re not hiring expansively and eliminating some roles. Companies that last a long time go through different phases. They’re not in heavy people expansion mode every year. We often talk about our leadership principle Invent and Simplify in the context of creating new products and features. There will continue to be plenty of this across all of the businesses we’re pursuing. But, we sometimes overlook the importance of the critical invention, problem-solving, and simplification that go into figuring out what matters most to customers (and the business), adjusting where we spend our resources and time, and finding a way to do more for customers at a lower cost (passing on savings to customers in the process). Both of these types of Invent and Simplify really matter.

He closed with sentiments of gratitude towards those who would soon have their professional relationship with Amazon severed. “To those impacted by these reductions, I want you to know how grateful I am for your contributions to Amazon, and the work you have done on behalf of customers,” he said.

The layoffs are slated to begin on Jan. 18. 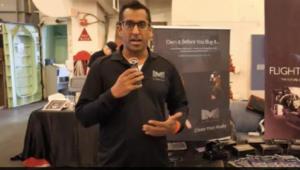