Amazon Planning to Lay Off 10,000 Workers This Week

Amazon is planning to lay off 10,000 people this week, according to a new report.

This will be the latest in a series of massive layoffs happening at major tech companies in recent weeks.

The New York Times reports that the retail giant’s “cuts will focus on Amazon’s devices organization, including the voice assistant Alexa, as well as at its retail division and in human resources.”

The report cited “people, who spoke on condition of anonymity because they were not authorized to speak publicly.”

“The number of layoffs remains fluid and is likely to roll out team by team rather than all at once as each business finishes plans, one person said,” according to the report. “But if it stays around 10,000, it would represent roughly 3 percent of Amazon’s corporate employees and less than 1 percent of its global work force of more than 1.5 million, which is primarily composed of hourly workers.”

The anticipated cuts will come right before the holiday season when shoppers tend to make the most purchases.

“In 2018, Echo and Alexa lost about $5 billion, said a person with knowledge of the finances. When Amazon introduced new devices this fall in an annual event, it was notably more restrained than past years when it had featured zany products like a sticky note printer and $1,000 home robot,” the report says. “Amazon’s retail business, which covers its physical and online retail business and its logistics operations, has been under strain after the surge of demand and breakneck expansion during the pandemic. The company has said it pulled back expansion plans, and has told investors it sees uncertainty with consumers.”

Amazon will be the latest tech company to lay off large amounts of its workforce in recent months. Elon Musk sliced Twitter’s workforce nearly in half earlier this month, and during the same period, Meta announced that they are laying off 11,000 workers.

The Times report noted that Lyft, Stripe, Snap, and other tech firms have also laid off workers in recent months.

Amazon currently employs approximately 1.5 million people, so the layoffs will impact less than one percent of its worldwide workforce. 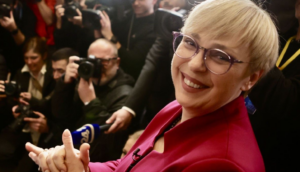