‘I was grateful for that’ said President-Elect Nataša Pirc Musar

The human-right advocate and attorney represented Melania during her husband’s presidency in America.

In 2016, “Pirc Musar and her client filed a lawsuit against Suzy magazine in Slovenia for suggesting Mrs Trump had worked as a high-end escort while pursuing her international modelling career,” reports the BBC. The case was ultimately settled out of court.

“My first task will be to open a dialogue among all Slovenians,” said Pirc Musar after her victory was declared, per AP News. “In the democratic election, Slovenians have shown what kind of a country they want… All my life I’ve advocated the same values: democracy, human rights, tolerance.”

“It’s time to stop dealing with the past. Many things have to be done in the future,” she added.

Pirc Musar received support from centrist and liberal voters. Her win is being hailed as an indication of the growing strength of left-wing political groups in the nation.

Pirc Musar says the former American First Lady, who was born in what is now Slovenia, had congratulated her on her victory.

“I was grateful for that,” Pirc Musar said, per SF Gate.

“There have been around 50 different presidential personas including butcher, hairdresser, car mechanic, farmer, hospice worker and garbage collector,” per Politico in 2017.

Approximately 1.7 million people were eligible to participate in this year’s election in Slovenia. Of these, just over 107,000 have permanent residency abroad.

Pirc Musar will officially take over as president on December 23. 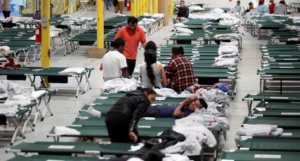