The U.S. Securities and Exchange Commission has charged Neil Chandran and seven co-conspirators for their involvement in an alleged $45 million fraud.

The scheme involved convincing a large number of investors that CoinDeal, the name Chandran used for marketing the scheme, was a valuable blockchain technology due to be sold to two wealthy investors in the coming months. Everyone was going to make a killing, according to Chandran. He just needed seed money to keep the lights on until then — or so his investors were told.

Chandran, who already faces up to 80 years in prison for related charges in the U.S. District Court for the District of Nebraska, was apprehended in June and charged with three counts of wire fraud and two counts of engaging in monetary transactions in criminally derived property. Each count of wire fraud can be penalized by up to 20 years and up to ten years for each unlawful transaction.

The complaint filed by the SEC in Michigan closely mirrors the fact-finding done by the Department of Justice in their pursuit of Chandran in Nebraska.

In a June 29 release from the DOJ’s Office of Public Affairs, Chandran was accused of falsely marketing his consortium of technology companies to investors as on the brink of being sold.  These companies purportedly engaged in the development of virtual world technologies, “including their own cryptocurrency, for use in the companies’ own metaverse.”

Despite Chandran’s claim that his investors would receive massive profits following the imminent purchase of one of his companies by other wealthy investors, no such “billionaires” were waiting in the wings to acquire the businesses. And, as the Justice Department alleges, Chandran did not use the funds he raised from over 10,000 investors for “normal expenses” to keep the businesses operating,  but instead used it for real estate purchases and luxury vehicles.

The SEC now further alleges in these new charges that Chandran and his co-conspirators “falsely claimed access to valuable blockchain technology and that the imminent sale of the technology would generate investment returns of more than 500,000 times for investors,” according to Daniel Gregus, Director of the SEC’s Chicago Regional Office. 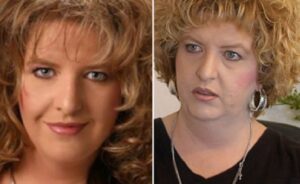