A mother and daughter duo of funeral home operators in Colorado have been sentenced after pleading guilty to illegally selling human body parts.

The women claimed the body parts were “mostly” being sold for surgical and educational purposes.

Megan Hess, former owner of the Sunset Mesa Funeral Home, and her mother Shirley Koch were sentenced to 20 and 15 years, respectively. They had previously pleaded guilty to one count of mail fraud and aiding and abetting under a plea agreement.

While operating the funeral home, Hess and her mother had launched a side business called Donor Services — a “body-broker service” that specialized in selling human remains.

“These two women preyed on vulnerable victims who turned to them in a time of grief and sadness. But instead of offering guidance, these greedy women betrayed the trust of hundreds of victims and mutilated their loved ones,” said FBI Denver Acting Special Agent in Charge Leonard Carollo. “Without knowledge or consent, the women disrespected the wishes of the grieving victims and degraded the bodies of their family members to sell them for profit. These two criminals continued in their atrocities for years, showing no remorse or contrition even after they were exposed. Nothing can guarantee solace for the victims or repair the damage done, but perhaps this sentence can mark the end of a horrible chapter in their lives.”

In a court appearance on July 5, Hess admitted to selling the remains of at least a dozen people without their family’s consent after they paid her for cremation services.

In 2014, Hess wrote to a prospective buyer, “Meeting with hospice on the 4th … opening the floodgates of donors. They have four or five deaths a day. Get ready!!! … How about a deal on full embalmed spines … $950?”

The Department of Justice said in a press release that the number was much higher.

The department said that in some cases, the women would get consent to sell body parts, but would often sell much more of the body than what was discussed.

“In the few instances where families agreed to donation, Hess and Koch sold the remains of those decedents beyond what was authorized by the family, which was often limited to small tissue samples, tumors, or portions of skin,” the press release stated. “Hess and Koch also delivered cremains to families with the representation that the cremains were that of the deceased when, frequently, that was not the case.”

The women would also ship bodies and parts that had tested positive for or belonged to people who had died from infectious diseases, including Hepatitis B and C, and HIV — after certifying to buyers that the remains were disease free. Mailing bodies with these diseases violates Department of Transportation regulations regarding the transportation of hazardous materials.

“The defendants’ conduct was horrific and morbid and driven by greed. They took advantage of numerous victims who were at their lowest point given the recent loss of a loved one. We hope these prison sentences will bring the victim’s family members some amount of peace as they move forward in the grieving process,” said U.S. Attorney Cole Finegan. “We sincerely hope this punishment deters like-minded fraudsters in the future.” 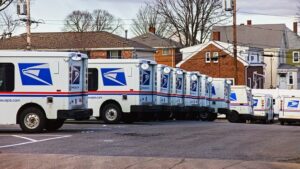