The U.S. Department of Justice (DOJ) has cleared hurdles for doctors and medical providers to send abortion pills through the mail to states that have enacted abortion restrictions and bans.

Though the legal opinion, posted online Jan. 4, does not change federal or state law, it does clearly communicate to federal agencies how the DOJ interprets existing law, according to analysis by the Washington Post.

According to the DOJ’s Office of Legal Counsel, it is legal for abortion pills to be shipped — even to states that have outlawed them — because it is impossible for the sender to know whether the recipient of the drugs will use them illegally.

“This conclusion is based upon a longstanding judicial construction of the Comstock Act, which Congress ratified and USPS itself accepted. Federal law does not prohibit the use of mifepristone and misoprostol. Indeed, the U.S. Food and Drug Administration (“FDA”) has determined the use of mifepristone in a regimen with misoprostol to be safe and effective for the medical termination of early pregnancy,” the DOJ letter states.

Justice Department attorneys added, “Moreover, there are manifold ways in which recipients in every state may use these drugs, including to produce an abortion, without violating state law. Therefore, the mere mailing of such drugs to a particular jurisdiction is an insufficient basis for concluding that the sender intends them to be used unlawfully.”

The DOJ legal memo was published the same day the FDA finalized a rule change expanding access to abortion-inducing drugs via physical stores and online pharmacies.

In the U.S., abortion pills can be used during the first 10 weeks of pregnancy, according to Scientific American.

As of Feb. 2022, medication abortion accounted for 54 percent of all abortions, the Guttmacher Institute reported.

DOJ attorneys say “no matter where the drugs are delivered, a variety of uses of mifepristone and misoprostol serve important medical purposes and are lawful under federal and state law.” 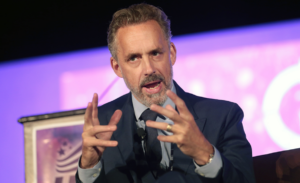