'This Mechanization, Irrigation And Use Of Nitrous Oxide-Emitting Fertilizers ... Greatly Contribute To Coffee’s Carbon Footprint'

Pollution from preparing coffee is “just the tip of the iceberg,” according to researchers Luciano Rodrigues Viana, Charles Marty, Jean-François Boucher and Pierre-Luc Dessureault in a study published to the Conversation.

“Limiting your contribution to climate change requires an adapted diet, and coffee is no exception,” wrote researchers at the University of Quebec at Chicoutimi.

“Choosing a mode of coffee preparation that emits less GHGs (greenhouse gases) and moderating your consumption are part of the solution.”

“So they just released a study out of Canada … that says we must immediately moderate our consumption of coffee to combat climate change. So, in honor of that I’ve decided to increase my coffee consumption,” wrote one Twitter user in response to the study.

“I’m so sick of these private jet riding people telling us what to do!”

“My challenge to Davos: You first.”

“Our analysis clearly showed that traditional filter coffee has the highest carbon footprint, mainly because a greater quantity of coffee powder is used to produce the amount of coffee,” the study continued. “This process also consumes more electricity to heat the water and keep it warm.”

“This mechanization, irrigation and use of nitrous oxide-emitting fertilizers — the production of which requires large quantities of natural gas — greatly contribute to coffee’s carbon footprint.”

In March 2022, a study released by the American College of Cardiology suggested coffee consumption reduced risk of heart disease and dangerous heart rhythms. 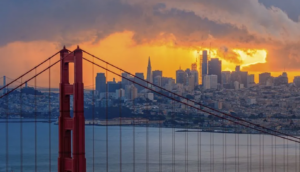