Palin is still a Congressional candidate in the midterm election

Former Governor of Alaska Sarah Palin lost to Democrat Mary Peltola during a special election to fill the seat of Congressman Don Young, who died in March.

The election was the first time Alaska used its new ranked-choice voting system.

At the time of his death, Young had been in office for 49 years and planned to seek reelection.

Peltola, a former state lawmaker, will serve the remaining months of Young’s term. She is the first woman to hold the Congressional seat in the state’s history.

“Really I’m just so grateful to Alaskans and all the Alaskans who put their faith in me to fill out the remainder of Congressman Young’s term,” Peltola said in an interview, per the Chicago Tribune. “My desire is to follow in Congressman Young’s legacy of representing all Alaskans, and I’m just looking forward to getting to work.”

The results of Alaska’s election came just over two weeks after the Aug. 16 election largely due to the time allotted to collect mail-in ballots.

In addition to Petola and Palin, voters also ranked Republican businessman Nick Begich.  While no one won 50% initially, Peltola took an early lead, followed by Palin with Begich in third.

All three are also running for Congress in the November general election. The winner of that race will serve in Congress for a full, two-year term.

Palin had criticized ranked-choice voting while on the campaign trail and has advocated for hand-counting ballots.

“Ranked-choice voting is the law of the land right now, but it needs to be changed,” she told radio station KINY. “It is unfortunately creating such a great deal of voter confusion on how this process works, on whether votes can be trusted to be counted accurately fairly.”

“60% of Alaska voters voted for a Republican, but thanks to a convoluted process and ballot exhaustion—which disenfranchises voters—a Democrat ‘won,’” Cotton wrote.

President Donald Trump, who endorsed Palin, denounced Alaska’s adoption of ranked-choice voting in July. He described the system as “crazy.”

Palin told Anchorage Daily News that “ God prepared me for an outcome like this, believe it or not.”

“I think God has kind of given me peace all along,” she said. “No matter what the outcome was, we’re running to expose the strange things going on in our politics that are harming our nation and our state.”

Speaking to supporters and volunteers at her campaign headquarters after her loss was announced, Palin said, “I feel like we’ve only just begun to fight for Alaska.”

Despite trading barbed comments with Begich, Palin and Peltola have spoken cordially about one another.

Peltola was the winner of the 48-candidate primary in June. She will now join Republican Senators Lisa Murkowski and Dan Sullivan as Alaska’s federal representatives in Washington DC.

“Tonight, we’ve shown that we can win as a campaign that is pro-choice, pro-fish, pro-worker, and pro-Alaska,” Peltola wrote on Twitter. “That being said, we still have a long road to November, and your support is more critical than ever.”

The results of the election are expected to be certified on Sept. 2. 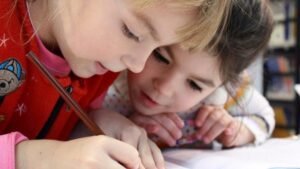