Former Alaska Governor Sarah Palin will be advancing to the general election to fill the House seat previously held by the late Rep. Don Young.

The top four candidates, regardless of party, will move on to a special election in August. The winner will fill Rep. Young’s seat for the remainder of his term, which ends in January.

Though the vote count is not yet completed, Palin was ahead of the other candidates by a landslide.

NBC News reports, “Palin received 30 percent of the vote with (72 percent in), while Begich had 19 percent and Gross had 13 percent. As of 7:00 a.m. ET on Monday, the next highest vote-getters included former Democratic state Rep. Mary Peltola, who has 8 percent; Republican Tara Sweeney, an Alaska Native woman who served as assistant secretary for Indian Affairs and was Young’s campaign co-chair, who has 5 percent; and a Democratic socialist named Santa Claus who also has 5 percent.”

Palin has been strongly endorsed by former President Donald Trump.

On April 4, Trump issued a statement saying that “wonderful patriot Sarah Palin of Alaska has just announced she is running for Congress, and that means there will be a true America first fighter on the ballot to replace the late and legendary Congressman Don Young.”

Trump added that Palin is “tough and smart and will never back down, and I am proud to give her my Complete and Total Endorsement,” and that he encourages “all Republicans to unite behind this wonderful person and her campaign to put America First.”

“Sarah shocked many when she endorsed me very early in 2016, and we won big,” the statement continued. “Now, it’s my turn!”

Trump also brought up Palin’s run for Vice President on a ticket with the late John McCain 14 years ago, writing that she “lifted the McCain presidential campaign out of the dumps despite the fact that she had to endure some very evil, stupid, and jealous people within the campaign herself.”

The special election will take place on August 16. 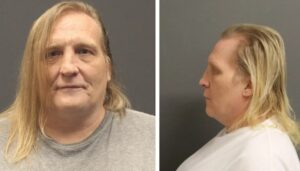