Multiple Republicans will advance in every primary in Alaska, which debuted its ranked-choice voting system this year.

In the special election to fill the House seat of late Alaska Congressman Don Young, Democratic state Representative Mary Peltola received 37% of the vote as of 6 A.M. on Aug. 17, per Alaska Public Media.

Peltola’s campaign says she is “Alaska’s best shot at keeping an extremist from winning” and describes her as the only candidate who “isn’t a multimillionaire” and understands the unique challenges faced by rural residents.

“Even with rank choice voting, the winning candidate ultimately needs to get over 50% of the vote,” reads the Peltotla campaign website. “We need candidates who can turn out the base and build a large coalition of support.”

The representative seems to believe she will be able to convince voters to select her over Republican businessman Nick Begich III.

Peltola casts Begich, who is currently in third place with roughly 29% of the vote, as being out of touch and incapable of representing Alaskans.

“Begich is a multi-millionaire who made all of his money on software, with the majority of his employees in other countries and none in Alaska,” her campaign states. “He has no experience in Alaska industries like commercial fishing or resource development.”

Begich is the grandson of Democratic Congressman Nick Begich Sr., who was elected in 1970 and disappeared on a flight to Juneau in 1972. His vacancy was ultimately filled by Young, who represented Alaska in Congress for 49 years. Begich’s uncles, former U.S. Senator Mark Begich and current state Senator Tom Begich, are also Democrats.

Begich has said he intends to accept the results of the 2022 election even though he initially was not supportive of ranked-choice voting.

“There’s always room for improvement. But at the end of the day, you know, the voters will speak and we’re very confident they’re going to send me down to Washington, D.C. on their behalf,” he said on Aug. 16, per NBC News.

Peltola has said that, unlike Begich, she and former governor Sarah Palin “have clear track records of public service.”

Former governor Sarah Palin placed second with roughly 32% of the vote. Palin was endorsed by President Donald Trump in April.

Trump called Palin “a true America First fighter” who “stood up to corruption in both State Government and the Fake News Media” and “lifted the McCain presidential campaign out of the dumps.”

“Sarah shocked many when she endorsed me very early in 2016, and we won big. Now, it’s my turn! Sarah has been a champion for Alaska values, Alaska energy, Alaska jobs, and the great people of Alaska,” Trump said, per Fox News.

In addition to Peltola, Palin, and Begich, one more candidate will advance to the general election in Alaska. Former assistant secretary of the interior for Native American affairs Tara Sweeney is the likely fourth-place finisher with just under 4% of the vote.

“She knew she couldn’t win a straight-up election, so she went to this ranked-choice crap,” the former president said at a rally in Anchorage in July. “She could finish in fifth place, but win because of that crazy system.”

That claim was first reported by Project Veritas, which released an undercover video of a campaign staffer discussing the initiative and its benefits for the senator.

Murkowski received nearly 44% of the votes in the Senate primary while Trump’s pick, former Alaska Department of Administration commissioner Kelly Tshibaka, received 40%. Democrat educator Patricia Chesbro (6%) and Republican retired mechanic Buzz Kelley (2%) are expected to be the third and fourth candidates to advance to the general election.

Murkowski was first elected in 2003. In 2010, she won a write-in campaign after not receiving her party’s nomination. The incumbent voted to impeach Trump during his second impeachment trial, for which she was censured by the  Alaska Republican Party. Trump has called her “worse than a RINO.”

Proponents of ranked-choice voting have said the system gives independents and third-party candidates a more realistic shot at competing in elections. More than 50 jurisdictions across the country already employ ranked-choice.

Independent gubernatorial candidate Bill Walker won 21.9% of the vote as of Aug. 17 – narrowly behind Democrat Les Gara who took second place with 22%. Walker, a former union carpenter and businessman, served as the 11th governor of Alaska from 2014 to 2018.

“Alaska’s biggest need is leadership with a vision for its economy and its future – and that takes real leadership. Right now, Alaska is like a rudderless ship bouncing off the rocks with no captain taking the helm,” he told the Alaska Beacon during his campaign. “Too many Alaskans are leaving the state because they can’t see an economic future for themselves or their families…Too many businesses are leaving the state, or deciding not to invest here, because the economy is weak and energy prices are too high.”

Incumbent Governor Mike Dunleavy, a Republican, is the first place finisher in the gubernatorial primary. Kenai Peninsula Mayor Charlie Pierce is the likely fourth-place finisher and will be the second Republican to advance.

Approximately 69% of votes have been counted. Alaska will still be receiving absentee ballots until Aug. 26. 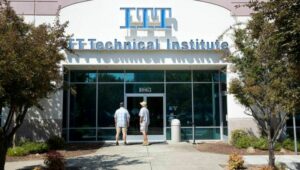