Evie Toombes says she should have never been born

A 20-year-old woman who sued her mother’s doctor because she claims she never should have been born will be awarded millions of dollars.

Evie Toombes is a British showjumper who suffers from spina bifida. She has limited mobility and chronic bowel and bladder issues. At times, she must be hooked up to medical equipment for 24 hours. Her condition will progress and make her increasingly dependent on wheelchairs.

Toombes sued Dr. Philip Mitchell, who oversaw her mother’s pregnancy, for “wrongful conception [and] having been born in a damaged state.” She claimed he failed to properly advise her mother about vitamin supplements before she was conceived.

In her lawsuit, Toombes alleged that when her mother Caroline met with Mitchell before trying to conceive a child, he did not explain folic acid supplementation minimizes the risk of spina bifida.

Her mother testified in court that, had she been aware of this, she would have delayed trying to become pregnant.

Judge Rosalind Coe QC ruled in favor of Toombes and awarded her the right to a compensation payout.

According to The New York Post, “her lawyers earlier said the amount Evie is claiming had not yet been calculated but confirmed that it would be ‘big’ since it would cover the cost of her extensive care needs for life.”

In London’s High Court on Dec. 1, Judge Coe affirmed that Mitchell had not advised Caroline Toombes on the importance of folic acid before conception and during the first trimester of pregnancy.

The judge said in her ruling that if Toombes’s mother had known the risks, she would have delayed trying to get pregnant and therefore would have had “a different, totally healthy, baby” genetically different from Evie.

The now 50-year-old Caroline met with Mitchell in February 2001 to discuss having a child.

Barrister Susan Rodway QC, who represented Toombes, told the judge, “This was a very precious decision to start a family because she herself had lost her parents when she was young.”

She added that Toombes’s parents had “been refraining from sexual intercourse until after they had received advice at this consultation.”

Caroline said the doctor did discuss folic acid during her appointment but not its connection to spina bifida.

“He told me it was not necessary,” she said in court. “I was advised that if I had a good diet previously, I would not have to take folic acid.”

After her birth in 2001, Evie was diagnosed with lipomylomeningocoele (LMM), a form of neural tube defect to the spine leading to permanent disability.

During the trial, Mitchell’s lawyer, Michael De Navarro QC, said that Caroline could have already been pregnant when she went to the meeting. He argued that the doctor provided her with “reasonable advice” regarding taking folic acid and that is standard advice to patients preparing for pregnancy.

Judge Coe rejected this defense,  saying “In the circumstances, I find that Mrs. Toombes was not pregnant at the time of the consultation with Dr. Mitchel.”

“She was not advised in accordance with the guidance to take folic acid prior to conception and for the first 12 weeks of pregnancy,” Coe said. “She was not advised about the relationship between folic acid supplementation and the prevention of spina bifida/neural tube defects. Had she been provided with the correct recommended advice, she would have delayed attempts to conceive.”

“In the circumstances, there would have been a later conception, which would have resulted in a normal healthy child,” she added. “I, therefore, find that the claimant’s claim succeeds on liability.”

If the parties cannot reach a settlement independently, the courts will reconvene and decide the full amount of Toombes compensation.

Toombes is a competitive showjumper who competes domestically and internationally against both able-bodied and disabled athletes. 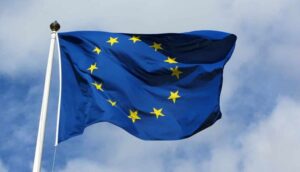