Asylum claims would be processed at a certain, predetermined point along the border

Poland and Baltic nations battling a migrant crisis along their borders may be granted relief from some international human rights laws.

The European Union’s executive arm, the Commission, will propose that the right to claim asylum be limited to certain points along the contentious border.

A large number of migrants have congregated along the Polish-Belarusian border. The EU accused the president of Belarus, Alexander Lukashenko, of bringing migrants from the Middle East to Minsk and pushing them to the border. The EU says its a retaliatory move for human rights violations sanctions it imposed following the treatment of protestors last year. Lukashenko and his government have denied this accusation.

The conditions along the border are bleak, as freezing temperatures increase and access to food and medical care are minimal. Human rights watchdog groups claim 13 people have died while camped out.

“They put a dead body, or, probably, a person who is still alive, in a sleeping bag and toss it on the border,” Lukashenko said during the meeting. “What an abomination!”

Lithuania is one of the neighboring baltic nations involved in the conflict and has denied the allegation.

The nation said Belarus “repeatedly tried to stage and direct beatings, the crippling of or even deaths of migrants,” per The Associated Press.

Poland, Lithuania and Latvia have defended their handling of the crisis. The countries have been criticized for not individually evaluating cases for asylum and pushing migrants back across the border. Clashes between migrants and border forces have been violent, with migrants throwing logs and other items at the fence separating the countries from Belarus.

The three nations have already implemented some of their own emergency rules that suspend some human rights for several months. Poland reinforced its border with police and military forces in an attempt to seal it from illegal crossings.

Under the EU’s new proposal, asylum-seeking migrants would only be able to make their claims at designated border locations for the next six months. The proposal would remove the current right to be held at centers inside the countries and would instead permit migrants to be held at the border for as many as 16 weeks. EU nations would be obligated to provide basic provisions to those whose cases are being decided.

Under typical human rights regulations, countries are obligated to provide other resources like education to migrants camped out along their borders.

If adopted, the proposal would lead to quicker deportations of failed asylum seekers. It would also grant authorities up to four weeks to register asylum applications for those who enter their region. Currently, EU law permits 10 days.

“The EU has been tightening immigration rules since 1 million people arrived in 2015, overwhelming the bloc and dividing member states over how to respond,” reports Reuters. “Poland’s nationalist government has been a leading anti-immigration voice, also clashing with the EU over other human rights issues.”

The proposal is publicly considered a show of support for Poland, Lithuania and Latvia. 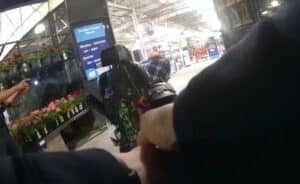