Amy Klobuchar: 'I Don’t Believe This Is Going To Shake Things Up Quite Like Everyone Thinks'

The White House and fellow Democrats responded to Arizona Senator Kyrsten Sinema’s Friday decision to register as an Independent suggesting no major change to the Senate’s power balance.

“We understand her decision to register as an Independent in Arizona,” said Press Secretary Jean-Pierre. “The way we see it and understand it, it does not change the new Democratic majority of control of the Senate.”

“We have every reason to expect that we will continue to work with her successfully.”

“It does not change the new Democratic majority … We have every reason to expect that we will continue to work with her successfully.” pic.twitter.com/YgokQYR7en

“Senator Sinema has been a key partner on some of the historic legislation President Biden has championed over the last 20 months, from the American Rescue Plan to the Bipartisan Infrastructure Law, from the Inflation Reduction Act to the CHIPS and Science Act, from the PACT Act to the Gun Safety Act to the Respect for Marriage Act, and more,” Jean-Pierre added in a separate statement.

“Kyrsten is independent; that’s how she’s always been. I believe she’s a good and effective senator and am looking forward to a productive session in the new Democratic majority Senate,” said Senate Majority Leader Chuck Schumer in a statement per Politico.

“We will maintain our new majority on committees, exercise our subpoena power, and be able to clear nominees without discharge votes.”

“Senator Sinema has always had an independent streak,” said Minnesota Senator Amy Klobuchar echoing Schumer’s remarks. “I don’t believe this is going to shake things up quite like everyone thinks.”

Others said the Senator’s announcement confirmed previous criticism that Sinema was a “Democrat in name only,” referred to as DINO.

“Kyrsten Sinema told us what we’ve already known for years: she’s not a Democrat, and she’s simply out for herself,” said political action committee (PAC) Primary Sinema, vowing to prevent the senator from seeking reelection. “In one way, Sinema just made our jobs easier by bowing out of a Democratic primary she knew she couldn’t win. Now, we’ll beat her in the general election with a real Democrat.”

“In a natural extension of my service since I was first elected to Congress, I have joined the growing numbers of Arizonans who reject party politics by declaring my independence from the broken partisan system in Washington and formally registering as an Arizona Independent,” the Arizona Senator announced Thursday morning.

“Over the past four years, I’ve worked proudly with other Senators in both parties and forged consensus on successful laws helping everyday Arizonans build better lives for themselves and their families.”

Over the past four years, I’ve worked proudly with other Senators in both parties and forged consensus on successful laws helping everyday Arizonans build better lives for themselves and their families. 2/3

“Becoming an Independent won’t change my work in the Senate; my service to Arizona remains the same,” Sinema concluded, encouraging supporters to read her op-ed addressing her decision in the Arizona Republic.

Sinema and West Virginia Senator Joe Manchin have played pivotal roles in detracting from Democratic colleagues voting on legislation, including previous efforts to federally legalize abortion and roll back tax cuts enacted during the Trump administration. 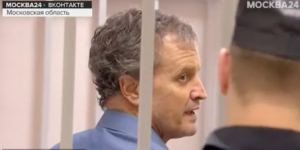