'I think it makes a lot of sense'

Kyrsten Sinema announced her registration as an independent in an op-ed published by the Arizona Republic on Friday.

The senior senator from Arizona will not be caucusing with the Democrats as an official member of the party moving forward. In an op-ed published Friday, Sinema said she was motivated to drop her party affiliation and register as an independent in part because of the “rigid partisanship” that has become the status quo in Washington:

Everyday Americans are increasingly left behind by national parties’ rigid partisanship, which has hardened in recent years. Pressures in both parties pull leaders to the edges, allowing the loudest, most extreme voices to determine their respective parties’ priorities and expecting the rest of us to fall in line.

In catering to the fringes, neither party has demonstrated much tolerance for diversity of thought. Bipartisan compromise is seen as a rarely acceptable last resort, rather than the best way to achieve lasting progress. Payback against the opposition party has replaced thoughtful legislating.

Becoming an Independent won’t change my work in the Senate; my service to Arizona remains the same. Read my full Op-ed in the Arizona Republic 3/3 ⬇️https://t.co/P2JQXFT5IJ

She reiterated her position on CNN in an interview with Jake Tapper:

I’ve registered as an Arizona independent. I know some people might be a little bit surprised by this, but actually, I think it makes a lot of sense. … I’ve never fit neatly into any party box. I’ve never really tried. I don’t want to. Removing myself from the partisan structure – not only is it true to who I am and how I operate, I also think it’ll provide a place of belonging for many folks across the state and the country, who also are tired of the partisanship.

Sinema concluded her explanation by saying she doesn’t view her seat as “[belonging] to Democratic or Republican bosses in Washington” despite “some partisans [who] believe they own” the Senate seat.

She told her constituents that if anyone believed she would “be a blindly loyal vote for a partisan agenda” that “there are sure to be others vying for” their support.

Reaction to her announcement was mixed, with Democrat strategist and 2016 DNC national field director Adam Parkhomenko declaring that the senator is “still great at being the f—ing worst.”

Conservatives, on the other hand, have reacted mildly, noting that Sinema indicated she would not be caucusing with the Republicans, but they were still hopeful that her decision would help narrow Democrat control of the Senate in more than just a superficial manner.

1) The Hitchhiker’s Guide to Sinema Registering as an Independent.

Sen. Kyrsten Sinema (I-AZ) has now registered as an an “Arizona Independent.” 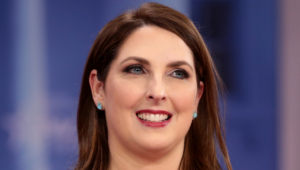