“Tonight, the Executive Committee of the RPAZ unanimously passed a resolution to support fresh and bold leadership as RNC Chair,” said the state party in a press release issued late Thursday evening.

“We challenge every state committee to meet and tell their RNC members how they expect them to vote in January at the RNC reorganizational meeting.”

The resolution gently implied McDaniel had failed to support every Republican on the ticket during the general election and thereby failed to execute her duties as chairwoman.

RNC Chair McDaniel had previously indicated that she would not seek another term, but in mid-November, she announced having a change of heart.

Around the time of her announcement, which took place during a call with RNC members, Politico speculated that her decision came with the support of Donald Trump, noting that the former president released a video in April supporting her leadership of the party.

Currently, Harmeet Dhillon appears to be the only serious challenger, though My Pillow founder and CEO Mike Lindell has also thrown his hat into the ring.

Dhillon, who co-chaired Women for Trump and whose firm represented Trump, is an alternative that many Republicans are likely to rally behind. Lee Zeldin, who recently confirmed he would not be seeking the chair, also said McDaniel should step aside.

“I won’t be running for RNC Chair at this time with McDaniel’s reelection pre-baked by design, but that doesn’t mean she should even be running again,” he said.

“Change is desperately needed, and there are many leaders, myself included, ready and willing to step up to ensure our party retools and transforms as critical elections fast approach, namely the 2024 Presidential and Congressional races,” he added.

If McDaniel wins reelection, it will be her fourth term as chairwoman. 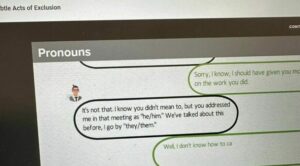