When Asked About Vaccine Mandates, Ibram X. Kendi says People of Color Do Not Have Access to COVID-19 Vaccine

The video of Kendi's statement, which was posted by a nonprofit, was removed for violating Twitter Rules

History Profesor and antiracism activist Ibram X. Kendi claimed people of color do not have access to the COVID-19 vaccine while speaking at the University of Milwaukee’s Distinguished Lecture Series.

As part of his antiracist teaching, Kendi argues that any policy that results in disparate racial outcomes is a racist policy.

Mythinformed MKE, a non-profit organization, posted a video on Twitter of an event attendee asking if, according to his philosophy, vaccine mandates were racist.

Kendi said that some information shows whites are the most likely to resist getting vaccinated while other data indicates “that black and Latinx Americans are the least likely to be vaccinated.”

“So, as a result, it is hard to say,” Kendi said. “What I will say is that, to me, the actual problem isn’t the vaccine mandates. The actual problem is when you actually study those typically black and Latinx people who aren’t vaccinated — when you actually talk to them — we’re finding that a lack of accessibility to the vaccine for a whole host of reasons is actually leading to them having a lower rate while, with white Americans, it is more or less the result of their political ideology.”

Kaiser Family Foundation (KFF) reports that 77% of the adult population in the U.S. has received at least one dose of the COVID-19 vaccine: “While as of September 21, 2021, White adults accounted for the largest share (60%) of unvaccinated adults, Black and Hispanic people remain less likely than their White counterparts to have received a vaccine, leaving them at increased risk, particularly as the variant spreads.”

Newsweek reports that “there are two key demographics of Americans who are particularly hesitant or reluctant to get vaccinated against COVID-19: White Republican men and African Americans.”

The outlet notes that Mississippi, Alabama, Georgia, Tennessee, Louisiana, Indiana, Idaho, Wyoming, Missouri, Arkansas, and Texas all have the lowest percentage of the population that has received one dose of the vaccine.

“What are those states full of? White Republican men and African Americans” says Newsweek.

The New York Times reports that “vaccine hesitancy remains somewhat high among African-Americans, though the doubts and distrust — tied largely to past government malfeasance like the notorious Tuskegee syphilis experiments — have markedly declined in recent months.”

Barriers to access include lack of transportation, lack of health insurance, or too few vaccine locations in areas with high populations of people of color, according to Gary Bennett, director of Duke Digital Health and Vice Provost for Undergraduate Education.

The COVID-19 vaccination is free for “all people living in the United States, regardless of their immigration or health insurance status,” per the CDC’s website. In fact, the agency prohibits vaccine providers from denying a “vaccination to anyone who does not have health insurance coverage, is underinsured, or is out-of-network.”

The United States Census found that Lousiana, Mississippi, Georgia, Maryland, Alabama, and South Carolina were the states with the highest African American population. USA Today’s vaccine distribution tracker indicates that each of these states has between 20% (Maryland) and 32% (Alabama) of its allotted dose still available.

People of color, by most measures, have equal access to vaccines but are not pursuing vaccinations at the same rates as other demographics.

My friends at @MythinformedMKE are locked out of their Twitter account for posting a video in which they asked @DrIbram to comment on whether vaccine passports are racist, presumably not because Kendi lied and said minorities want the vaccine but can't get it. 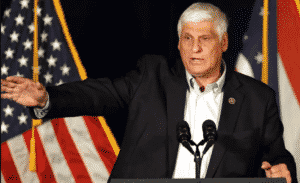