Ohio Congressman Bob Gibbs introduced articles of impeachment against President Joe Biden on Tuesday, citing Biden’s handling of the growing problems on the U.S.-Mexico border, his attempt to expand the eviction moratorium and his withdrawal of the military from Afghanistan.

“He’s not capable of being commander in chief, and that’s obvious by the actions since day one when he took the presidency back in January,” Gibbs told the Washington Examiner. “Maybe something like this makes the White House think twice before they do some of this nonsense.”

He added: “I take this seriously. I don’t think it’s haphazard. I’m not trying to get media attention for myself. He’s done so much damage to this country in less than nine months, which is really scary.”

The impeachment resolution was co-sponsored by Representatives Andy Biggs of Arizona and Brian Babin and Randy Weber of Texas.

This is the second time articles of impeachment have been brought against the current president. Georgia Representative Marjorie Taylor Greene filed the first resolution on Biden’s inauguration day.

“We’re calling on the relevant committees, just like if you had a prosecutor’s office and you suspect there’s crimes, we want to start building a case, and there may be a case,” Representative Warren Davidson (R-Ohio) told The New York Post.

A month before this move, Gibbs sent a letter to his fellow House Republicans asking them to consider impeachment.

“President Biden continues to disregard his constitutional duties and boundaries,” he wrote in August. “I believe conducting a sober, evidence-based discussion regarding impeachment is warranted. I urge you all to remember our duty to the constitution and American people to hold this administration accountable.”

In his statement on Facebook about the resolution, Gibbs wrote Biden’s “willful negligence of the border crisis is a failure to maintain and defend American sovereignty. Biden’s attempts to extend a federal eviction moratorium despite the Supreme Court’s warning and his own admission that he has no power to do so is a blatant and intentional action that violates the separation of powers​.”

“There are political dynamics in Congress I recognize will prevent this from ever being debated. But I could not stand by while President Biden commits what I believe to be flagrant and deliberate violations of his oath of office,” Gibbs concluded in his statement. 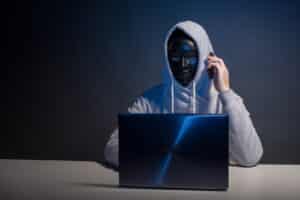