Names, passwords and addresses of website administrators were released by Anonymous as part of the massive hack that has been code named “EpikFail.”

Epik — which calls itself “the Swiss bank of the domain industry” — was started in 2009 by Dutch-American Rob Monster, who describes himself as a Christian Libertarian on his Twitter profile. In February, NPR interviewed Monster for a piece titled, “‘Lex Luthor Of The Internet’: Meet The Man Keeping Far-Right Websites Alive.”

The hack appears to be part of Anonymous’s “Operation Jane” hacktivism campaign aimed at attacking and opposing Texas’s recently approved Senate Bill 8, also known as the “Texas Heartbeat Act,” which severely restricts the ability for women to get an abortion after medical professionals detect a heartbeat. The hack also appears to be part of a wide-ranging attempt to silence individuals and groups who hold views that aren’t considered progressive or left-leaning.

Timestamps suggest the hack took place in February, but Anonymous announced the breach on Monday through a press released posted on 4chan and a website named “archive.today“.

In their announcement, Anonymous — which referred to itself as “OFFICIAL ANONYMOUS” — wrote: “You know, when you name a company ‘Epik,’ that implies something really big’s going to happen. Deserving of the name. Well, after years of bolstering the worst trash the Internet has to offer, this is, truly, the Epik moment we’ve all been waiting for. Contained within this release, the following delicious morsels that will surely be digested for months to come: A decade’s worth of data from the company. That’s right, everybody. Time to find out who in your family secretly ran an Ivermectin horse porn fetish site, disinfo publishing outfit, or yet another QAnon hellhole.”

Anonymous finished their press release by writing, “Abortion is a human right!”

Analysts suggest the massive data dump, which includes over a decade of information, could take years to analyze. Anonymous released the information for free and said they targeted Epik because of the domain registrar provided services to clients that were dropped by mainstream web-hosting providers like GoDaddy. Some of Epik’s users include the Texas GOP, conservative social media platforms Parler and Gab, the Proud Boys, QAnon, and former President Donald Trump’s fansite The Donald.

Anonymous claimed the leak has detailed information about every domain that has ever been hosted or registered through Epik.

News of the hack and breach was first broken on Twitter by independent Texas-based journalist Steven Monacelli.

SCOOP: a group of "hackers on steroids" gained access to a large dataset belonging to Epik, the web host of the Texas GOP website, Texas Right to Life website, and anti-abortion snitch website. pic.twitter.com/2meRX9CAPm

On Twitter, Monacelli said he was doxxed “and defamed as a pedophile by Joey Camp in retaliation for breaking the story about Epik being hacked by Anonymous.”

Epik reportedly denied the hack on September 15  in a written response to an online site called “The Record,” writing, “We are not aware of any breach. We take the security of our clients’ data extremely seriously, and we are investigating the allegation.”

“There’s no use in denial, Rob Monster,” Anonymous wrote in its press release. A Twitter post released that same day included the screenshot of an email from Monster alerting Epik users to an “alleged security incident.” In the email, Monster wrote, “When situations arise where individuals might not have honorable intentions, I pray for them. I believe that what the enemy intends for evil, God invariably transforms into good. Blessings to you all.”

A Twitter handle named @epikfailsnipper, created this month, is being used to doxx individuals whose information was acquired through the EpikFail hack. 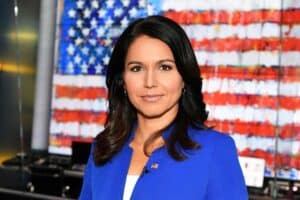