Former-Congresswoman Tulsi Gabbard, a Democrat from Hawaii, has slammed the Biden administration for the Haitian migrant crisis unfolding at the southern border.

In a tweet on Wednesday, Gabbard tagged President Joe Biden and Vice President Kamala Harris and wrote “the humanitarian and national security crisis on the southern border is the direct result of your open-border policy.”

Gabbard continued, “as I said in my 2020 presidential campaign, we can’t have a secure nation if we don’t secure our borders.”

.@JoeBiden @KamalaHarris, the humanitarian and national security crisis on the southern border is the direct result of your open-border policy. As I said in my 2020 presidential campaign, we can’t have a secure nation if we don’t secure our borders.

Gabbard was a fierce critic of both Harris and Biden during the 2020 Democrat primary.

During a debate in 2019, Gabbard brutally demolished Harris over her actions as a prosecutor in California.

Gabbard asserted, “she put over 1,500 people in jail for marijuana violations and then laughed about it when she was asked if she ever smoked marijuana.”

“She blocked evidence – she blocked evidence that would have freed an innocent man from death row until the courts forced her to do so. She kept people in prison beyond their sentences to use them as cheap labor for the state of California,” Gabbard continued.

The administration has been under fire from the right in recent days as there are at least 10,000 migrants, mostly from Haiti, that have flooded into Del Rio, Texas.

While the administration claims that they are expelling many of the migrants, that does not appear to truly be the case.

“Haitians have been freed on a ‘very, very large scale’ in recent days, according to one U.S. official who put the figure in the thousands,” The Associated Press reported. “The official, who has direct knowledge of operations, was not authorized to discuss the matter Tuesday and spoke on condition of anonymity.”

“A second U.S. official, also with direct knowledge and speaking on the condition of anonymity, said large numbers of Haitians were being processed under immigration laws and not being placed on expulsion flights to Haiti that started Sunday,” the AP report continued. “The releases in the U.S. were occurring despite the signaling of a massive effort to expel Haitians on flights to Haiti under pandemic-related authority that denies migrants an opportunity to seek asylum.” 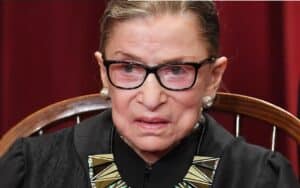