OPINION: What Prompts Abortion Activists To Raid A Hispanic Church On Mother's Day?

Catholics are no longer the bedrock of the Christian Right and have not been for some time.

Introspective activists would do well to internalize the maxim “know thy enemy” since it might save them a fair bit of grief in the future. Of course, a reflective and optics-oriented advocate for abortion would also recognize that a Mother’s Day demonstration on the subject is a public relations disaster and guaranteed to be seen as an attack on motherhood itself.

The religious right might enjoy the support of Catholic political institutions, but these advocacy groups are far more representative of doctrinal positions than the parishioners filling the pews. Americans who identify as Catholic are more likely to be Democrats than Republicans, more likely to support the right to have an abortion than oppose it, and are increasingly likely to be Hispanic. Contrast these views with those of Evangelical Protestants — 74% believe that abortion should be illegal in all or most cases. Of course, these last two facts add greater complexity to the pro-abortion advocate’s dilemma.

Hispanics now make up 40% of the Catholic population in America. While most non-Hispanic whites and non-white non-Hispanics support abortion, the Hispanic subgroup is the only cohort with a majority against terminating an unwanted pregnancy. Fifty-two percent of Hispanics “believe abortion should be illegal in most or all instances.” Further, since 2014, 16% of Hispanics have reported growing less supportive of abortion rights.

That’s a complicated dilemma for a progressive movement that is very much dependent on the Hispanic vote. It’s also a complex dilemma for a Catholic Church heavily reliant on growth from Latino communities both in and outside the United States.

When the Vicar of Christ proclaims that the issue of abortion should not supersede immigration rights — but instead be treated as equally important — it is clear that one of these parties is at least trying (albeit awkwardly) to navigate a situation confounded by contrasting interests.

In the meantime, anti-abortion advocates (who are far more likely to be Evangelical Protestants than Catholics) would be wise to increase outreach to the Hispanic community. When a group of affluent liberal women raids a Sunday mass to preach the gospel of abortion to a predominantly Hispanic parish, that’s something to capitalize on.

Marxists try to disrupt Mass at Cathedral of our Lady of the Angels. Security, ushers and parishioners said they were not having it.#cathedral #Catholic pic.twitter.com/HlN8yHxPKL

This is the end of the incident that shows how many people escorted the Handmaids out.#ruthSentUs #catholic #RoeVWadeprotest pic.twitter.com/LGqE3n2Jfd

Abortion activists and their counter-productive preoccupation with Catholicism offer an intriguing puzzle.

One possibility is that intersectional political theory has encountered a somewhat predictable and unavoidable glitch. While “big tent” Republican politics focuses on the overlapping interests of its respective members, intersectionality insists on each subgroup absorbing and promoting the totality of viewpoints expressed by all other subgroups. There is no such thing as a la carte progressivism. That can be a powerful tool for coalition building, or it can be a devastating schismatic wedge.

Proponents of Sunday’s protest took great pains to portray it as one that had the backing of the Hispanic community:

This action is called for by a collective of [S]panish speaking women’s rights groups + activists across the country, including from Bride’s March, Dominican Women’s Development Center, Ni Una Menos, and Las 17. Several cities will be hosting protests outside of prominent churches in their towns, these can look like a group of people holding signs wearing Handmaids Tale outfits, passing out flyers outside to churchgoers or doing a die-in.

That’s an odd assertion, given that Hispanics are one of the few cohorts to have grown less supportive of abortion in recent years. Intersectionality may have stepped foot into an intra-Latino dispute — the Hispanic groups listed above, like Las 17 (El Salvador) and Ni Una Menos (Argentina), have their roots in South America and are still primarily focused on issues in Latin America. White liberals and old guard abortion activists, acting under the impression that most Latinos are like Rep. Ocasio-Cortez and the belief that Catholic Americans are the biggest threat to their agenda, could have been persuaded to support fringe political groups.

It is also possible that laziness overtook practical and agenda-driven decision-making. It’s far easier to attack the monolithic Church as an institution than to target the decentralized Evangelical Protestant communities throughout America. 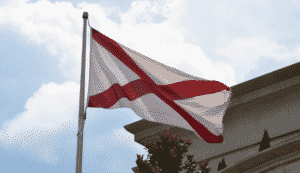