Lockheed Martin CEO Jim Taiclet has announced that the weapon manufacturer is ramping up their production of Javelin missiles amid the war between Russia and Ukraine.

The company will be nearly doubling their annual production, from 2,100 Javelin missiles per year to 4,000.

Taiclet announced their efforts during an appearance on Face the Nation on Sunday.

“​​Right now, our capacity is 2,100 Javelin missiles per year. We’re endeavoring to take that up to 4,000 per year, and that will take a number of months, maybe even a couple of years to get there because we have to get our supply chain to also crank up,” Taiclet said.

President Joe Biden recently visited a Lockheed Martin production facility in Troy, Alabama, and Taiclet said that the company really appreciates “what he’s done for us.”

For how long is Lockheed Martin preparing to ramp up production of javelins and other weapons? Their president and CEO says they are planning for “the long run.” pic.twitter.com/lnNQ98q8Yx

“We’re starting now to ramp it up because we have an active production line right now that the president saw. And also, we’ve got a supply chain that’s active in addition to that. So we can start turning up the heat now and- and ramping the production immediately because of those circumstances,” Taiclet added.

Host Margaret Brennan then questioned the weapons manufacturer how long he anticipates the war continuing and the need for increased production.

“You said- well you implied- you’re- you’re basically doing it on spec, right. You’re anticipating that order is going to come through from the US government. But you’re a business person, you have to plan ahead. We don’t know how long this war is going to last. CIA says, you know, Vladimir Putin thinks he’s got a double down here. So how long are you planning for with this ramp up?” Brennan asked.

Taiclet said that he anticipates need for “those kinds of systems from the US and for our allies as well and beyond into Asia-Pacific.”

“Well, we’re planning for the long run and not just in the Javelin, because this situation, the Ukraine conflict, has highlighted a couple of really important things for us. One is that we need to have superior systems in large enough numbers,” he said. “So like Javelin, Stingers, advanced cruise missiles, equipment like that. So we know there’s going to be increased demand for those kinds of systems from the US and for our allies as well and beyond into Asia-Pacific, most likely too. The second really valuable lesson was control of the airspace is really critical.”

Taiclet continued, “So the Ukrainians are managing to control their airspace. The Russian air force doesn’t have free rein over the entire country. And the reason that they don’t is because the Ukrainians can still fly their aircraft and they also have a pretty effective integrated air and missile defense system. So products and systems like F-16, F-35, Patriot missiles, VAD missiles. We know that there’s going to be increased demand for those kinds of equipment, too, because the threat between Russia and China is just going to increase even after the Ukraine war, we hope is over soon. Those two nations and regionally, Iran and North Korea are not going to get less active. Probably they’re going to get more active. So we want to make sure we can-can supply our allies and our country what they need to defend against that.”

The U.S. has sent more than 7,000 Javelin missiles to Ukraine since the start of the conflict. 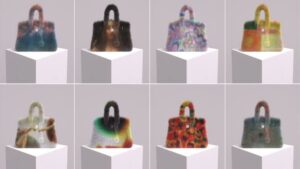