West Virginia House of Delegates Passes Abortion Bill, Votes to Ban the Procedure in Most Cases

A bill to clarify West Virginia’s abortion laws passed through the House of Delegates on Wednesday with a vote of 69 to 23.

Under the clarified law, it will be illegal for someone to perform an abortion or provide abortifacient medications, except in certain circumstances.

The law does not penalize a mother for seeking or obtaining an abortion, only the provider.

On the day the bill was passed, the lawmakers added exceptions for cases of fetal anomalies, ectopic pregnancies and medical emergencies — as well as cases of rape and incest, under certain conditions.

The conditions include having reported the rape or sexual assault to law enforcement and being under 14 weeks pregnant.

There were not any trigger bans set in West Virginia, as there have been in other red states. Instead, a pre-Roe abortion ban from the 1800s was considered to be back in effect — as the law was never repealed.

The Washington Post reports, “a judge’s ruling last week blocked enforcement of the state’s 150-year-old abortion ban and allowed for the procedure to resume in the state for the time being. Kanawha County Circuit Judge Tera L. Salango granted the Women’s Health Center of West Virginia, the state’s only abortion clinic, a preliminary injunction, saying its patients, ‘especially those who are impregnated as a result of a rape or incest, are suffering irreparable harm,’ according to the Associated Press. The ruling was decried by Attorney General Patrick Morrisey (R) as ‘a dark day for West Virginia.'”

On Monday, Governor Jim Justice called for a special session to “clarify and modernize the abortion-related laws currently existing as part of the West Virginia Code.”

During a public hearing on the issue, a 12-year-old girl spoke to the lawmakers about being hypothetically raped and forced to carry a baby.

“My education is very important to me, and I plan on doing great things in life,” she said, noting that she was a middle school student and athlete.  “If a man decides that I’m an object and does unspeakable and tragic things to me, am I, a child, supposed to birth and carry another child? Am I to put my body through the physical trauma of pregnancy? Am I to suffer the mental implications, a child who had no say in what was being done with my body?”

Dear #AddisonGardner thank you for your courage. We too are asking that question of ⁦@Sen_JoeManchin⁩ ⁦@SenatorSinema⁩ ⁦@SenatorCollins⁩ ⁦@lisamurkowski⁩ ⁦@POTUS⁩ and the entire #gop. Sadly they’re okay with little girls having a rapist child. #Fight pic.twitter.com/j9cTgQnqWz

While abortion supporters cheered the child, many on the other side questioned if she was being used as a political pawn by her parents.

She says it very clearly: she is a child.

Her parents should protect her from unspeakable and tragic things happening to her, not fill her head with those ideas.

And bless her parents for using their child as a prop.

Don’t use your children as political pawns.

The bill will now move to the senate, where it could be put to a vote as early as this week.

If passed, the legislation will be sent to the desk of Governor Justice for his signature. 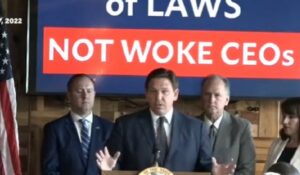