DeSantis argued during a press conference on Wednesday that the environmental, social, and corporate governance (ESG) movement is harming Americans.

“Do we govern ourselves through our constitution and through our elections or do we have these masters of the universe occupying these commanding heights of society?” DeSantis said.

The proposed legislation, according to the Tampa Free Press, would prohibit big banks, credit card companies, and money transmitters from discriminating against customers for their religious, political, or social beliefs; prohibit State Board of Administration (SBA) fund managers from considering ESG factors when investing the state’s money; and require SBA fund managers to only consider maximizing the return on investment on behalf of Florida’s retirees.

.@GovRonDeSantis: “We’re putting the people of Florida first, and we’re going to do what’s in their best interest, not whatever the delusions of some wealthy woke CEO wants to do…” pic.twitter.com/JFoMnfvi7c

“The leveraging of corporate power to impose an ideological agenda on society represents an alarming trend,” said Governor DeSantis. “From Wall Street banks to massive asset managers and big tech companies, we have seen the corporate elite use their economic power to impose policies on the country that they could not achieve at the ballot box. Through the actions I announced today, we are protecting Floridians from woke capital and asserting the authority of our constitutional system over ideological corporate power.”

During the event, DeSantis spoke in front of a large banner that said, “Government of Laws, Not Woke CEOs.”

Gov. Ron DeSantis slams “woke capital” and ESG: “For every master of the universe who’s prattling on about, you know, no emissions and all this stuff, I don’t see very many of them giving up their private jets.” pic.twitter.com/iDy7wsziLv

“Woke elites use ESG investing to prop up far-left policies, undermining our national security and raising prices for Americans,” said Speaker Designate Paul Renner during the press conference. “The Florida House will join the fight to stop woke financial titans who seek to dictate policy to Floridians regardless of our choices at the ballot box. I look forward to working with Governor DeSantis to protect Floridians’ pocketbooks and strengthen our national security.” 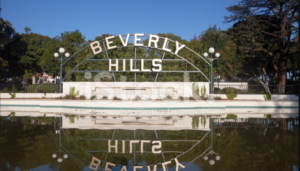