The Waukesha Christmas Parade trial continued into its second week with the man accused of intentionally driving an SUV into the crowd cross-examining witnesses called by the state.

Darrell Brooks was granted the right to represent himself at trial in late September. He is facing 77 criminal counts, including six counts of first-degree intentional homicide, six counts of hit-and-run involving death, 61 counts of recklessly endangering safety, two counts of felony battery, and two counts of bail jumping.

The prosecution alleges that Brooks was fleeing the scene of a fight on Nov. 21, 2021 when he broke through a police barricade and on the Waukesha Christmas Parade route in the city’s downtown.

Videos of the incident show a red car plowing into on-lookers and parade participants before speeding away.

Brooks was arrested while abandoning his car about a mile from the parade.

The prosecution has thus far called a number of parents and friends of the victims, who have described what they witnessed.

“I watched the body fly up onto the hood and her head snapped back. The body remained on the hood as it passed my vehicle to where I thought I could have just reached out and grabbed her,” testified Adam Bonesteel on Oct. 12. Bonesteel was referring to Kulich, the first person to be struck by the SUV. At one point, Brooks allegedly braked which cause Kulich to fall off the hood of the car.

“He proceeded and she was basically on the right side of his vehicle and he proceeded to run her over with the right front tire then the right rear tire,” said Bonesteel. “And at that point, I was just focused on the body on the ground. But I remember hearing the roar of the engine again.”

Heather Riccotti also took the stand on the trial’s eighth day. She attended the parade with her three children — one of whom was injured by the vehicle.

“There was a break in the actual parade and an SUV came down the road and it was coming faster than any parade float should have been coming,” she said on the stand. “So it was confusing, and I didn’t know what was happening at the time but it did veer into the crowd … just right in front of me where my son got hit.”

Erika Patterson, Brooks’s ex-girlfriend and mother to his teenage daughter, testified on Oct. 7 that the defendant hit her in the face on Nov. 21 prior to the attack on the parade. Patterson said she jumped out of his SUV but Brooks followed her to Frame Park where a friend called the cops.

Waukesha Police Officer Jeremy Philipps subsequently testified that he was dispatched to the park and was taking Patterson’s statement when he got a call to respond to the parade.

“It was just mass chaos, carnage everywhere,” testified Philipps, per Fox 6 Now. “They were all the members of the band. They were just west of Barstow on Main.”

The prosecution had intended to “wrap up their case by the end of this week, but told the Judge they fell behind today due to the length of some of the cross-examination,” per WISN Milwaukee.

Brooks and Judge Jennifer Dorow have repeatedly sparred over Brooks’s cross-examinations of witnesses, which have included repetitive questioning and combative behavior. On the first day of the trial, he was removed from the courtroom for taking his shirt off. Darrow has also chastised Brooks for interrupting court proceedings.

Brooks has also repeatedly argued with Dorow when she has overruled his objections.

“Ignorance of the law is not something you can use as a valid defense. You did this of your own free will, you waived your right to an attorney and the ignorance that you claim is not valid at this point,” Dorow told the defendant at one point on Oct. 11, per The Independent.

One juror was removed and replaced at the end of last week after Brooks claimed he recognized the person and the juror had flipped him off. 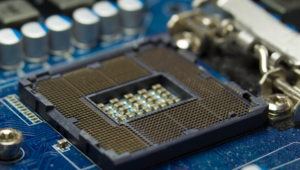 Intel Reportedly Plans To Lay Off 'Thousands' Later This Month