Gaetz would not elaborate when grilled by reporters for details of the meeting but confirmed that he is a “no” vote for Tuesday.

GAETZ says “brief and productive” meeting with MCCARTHY…. Says over and over again he is a firm no pic.twitter.com/dnfwLPZv7M

Republicans will be taking the House this week, but it remains unclear if McCarthy has the majority of votes needed to be elected Speaker.

The Florida congressman and Boebert are among several Republicans who have been outspoken against voting for him.

As the lawmakers emerged from McCarthy’s office, Gaetz said that it was “a brief and productive discussion.”

“How was it productive?” a reporter asked him.

“Insofar that it was brief,” Gaetz said, sparking a chuckle from Boebert.

When pressed for more information, the congressman declined to provide it.

“Has he won your support yet, congressman?” Robert Costa of CBS News asked.

“No,” the congressman pointedly replied.

Gaetz continued to evade the question but eventually asserted, “I’m a no.”

As Timcast previously reported, nine Republican House members wrote a letter on Sunday that was critical of concessions proposed by McCarthy.

New letter from House Republicans on McCarthy’s status as Speaker, from yesterday’s meeting. McCarthy isn’t negotiating in good faith and won’t bend to vacating the chair requests. #HoldYourGround @RepMattGaetz @realannapaulina . Get in there @ByronDonalds @RepKatCammack ! pic.twitter.com/Fv7dn9lSME

The letter was signed by representatives Paul Gosar of Arizona, Scott Perry of Pennsylvania, Chip Roy of Texas, Dan Bishop of North Carolina, Andy Harris of Maryland, and Andrew Clyde of Georgia, along with representative-elects Andy Ogles of Tennessee, Eli Crane of Arizona, and Anna Paulina Luna of Florida.

McCarthy has repeatedly warned that Democrats could end up choosing the House Speaker if Republicans continue to “play games.”

“This is very fragile that we are the only stopgap for this Biden administration,” McCarthy told Newsmax in November. “And if we don’t do this right, the Democrats can take the majority. If we play games on the floor, the Democrats could end up picking who the speaker is.” 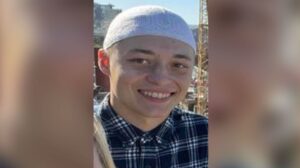