The letter was signed by representatives Paul Gosar of Arizona, Scott Perry of Pennsylvania, Chip Roy of Texas, Dan Bishop of North Carolina, Andy Harris of Maryland, and Andrew Clyde of Georgia, along with representative-elects Andy Ogles of Tennessee, Eli Crane of Arizona, and Anna Paulina Luna of Florida

New letter from House Republicans on McCarthy's status as Speaker, from yesterday's meeting. McCarthy isn't negotiating in good faith and won't bend to vacating the chair requests. #HoldYourGround @RepMattGaetz @realannapaulina . Get in there @ByronDonalds @RepKatCammack ! pic.twitter.com/Fv7dn9lSME

“At this stage, it cannot be a surprise that expressions of vague hopes reflected in far too many of the crucial points still under debate are insufficient,” the letter reads. “This is especially true with respect to Mr. McCarthy’s candidacy for speaker because the times call for radical departure from the status quo — not a continuation of past, and ongoing, Republican failures. For someone with a 14-year presence in senior House Republican leadership, Mr. McCarthy bears squarely the burden to correct the dysfunction he now explicitly admits across that long tenure.”

Thus far, there continue to be missing specific commitments with respect to virtually every component of our entreaties, and thus, no means to measure whether promises are kept or broken. Moreover, some in the Republican conference have expressed that absent universal support for Mr. McCarthy, they would reject even the progress made to date regarding rules and changes to bill text availability, single subject and germaneness requirements, and other structural changes for the good of the body and every member. Mr. McCarthy’s statement also continues to propose to restrict the availability of the traditional motion to vacate the chair as a means of holding leadership accountable to its promises; we have from the beginning made clear that we will not accept following Nancy Pelosi’s example by insulating leadership in this way. We also note that the statement fails to completely address the issue of leadership working to defeat conservatives in open primaries.

“The Progress made thus far has been helpful and should guide our thinking going forward,” the letter concluded.

In McCarthy’s New Year’s Eve letter, he vowed to “put an end to the Pelosi status quo and empower ever member to have their voices heard on behalf of their constituents.”

“On day one, we will immediately repeal proxy voting and virtual committee business,” wrote McCarthy, who also proposed that Committees would become the “primary drivers of legislation.”

“I will work with everyone in our party to build conservative consensus and translate that consensus into action,” McCarthy continued wrote. 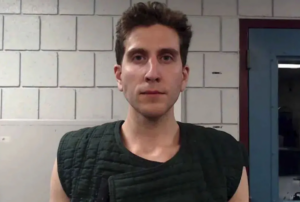