The family of the man suspected of murdering four college students in Idaho released a public statement days after his Dec. 20 arrest.

His parents, Michael and Marianne Kohberger, and his sisters, Amanda and Melissa, released a statement through the accused’s attorney. The family vowed to “let the legal process unfold.”

“First and foremost we care deeply for the four families who have lost their precious children. There are no words that can adequately express the sadness we feel, and we pray each day for them,” read the statement, per NBC News.

“As a family we will love and support our son and brother,” the Kohbergers added. “We have fully cooperated with law enforcement agencies in an attempt to seek the truth and promote his presumption of innocence rather than judge unknown facts and make erroneous assumptions.”

Kohberger is a Ph.D. student studying Criminology at Washington State University in Pullman. The campus is approximately 9 miles from Moscow.

WSU confirmed Kohberger was a student who had just completed his first semester.

“The Department of Criminal Justice and Criminology at Washington State University is aggrieved by the alleged horrendous acts of one of its graduate students,” said a statement released by the university, per KXLY. “We are relieved that justice will be carried out. Our hearts are with the victims’ families.”

Jason A. LaBar, the chief public defender of Monroe County, is representing the 28-year-old in the extradition case. The attorney said Kohberger will waive extradition at his Jan. 3 court appearance and be immediately brought back to Idaho.

LaBar said Kohberger is “very aware, but calm, and really shocked by his arrest.” The public defender has recommended the doctoral student, who has a Master’s Degree in Criminal Justice, undergo a psychological evaluation.

“Mr. Kohberger is eager to be exonerated of these charges and looks forward to resolving these matters as promptly as possible,” LaBar said, per CNN. He also said Kohberger is being held alone in a cell with a 24-hour watch to “ensure his safety.”

Kohberger was reportedly arrested in Albrightsville at his parents’ home. He reportedly drove his white Hyundai Elantra back to Pennsylvania with his father in the middle of December. LaBar said Kohberger and his father arrived in Pennsylvania on Dec. 17.

Police in Idaho had made a public request for any information about a white Hyundai Elantra that was recorded in the vicinity of the crime scene at the time of the attack.

The probable cause affidavit, which summarizes the factual details of the case against Kohberger, will be unsealed by an Idaho court once the accused arrives in Latah County. 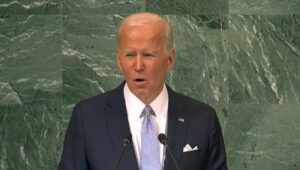