'The Court Granted Our Motion For Discovery, Paving The Way For My Office To Gather Important Documents To Get To The Bottom Of That Alleged Collusion' Said The Louisiana AG

On Monday, President Biden was ordered to provide communication documents between government and big tech companies per a federal judge’s ruling.

Judge Doughty reportedly ruled there was “good cause” for the allegation and set forth a deadline for deposition and discovery, the Conservative Brief reported.

In May, Schmitt filed a lawsuit alleging Biden and his administration along with government figures “colluded with and/or coerced” Meta, Twitter, and YouTube to “suppress disfavored speakers and viewpoints on social media platforms.”

Within the next 30 days, President Biden and his administration, along with specific social media companies, are required to answer questions and provide related documents per the lawsuit alleging collusion to suppress freedom of speech via social media companies labeling information as “mis-” and “disinformation. The allegation claims the federal government abused it’s authority along with the Department of Health and Human Services, and the Department of Homeland Security violated the Administrative Procedure Act (APA).

The APA governs the process by which federal agencies develop and issue regulations including requirements for publishing notices of proposed and final rulemaking in the Federal Register, and provides opportunities for the public to comment on notices of proposed rulemaking. The Act further addresses other agency actions including issuance of policy statements, licenses, and permits along with providing standards for judicial review if a person has been adversely affected or aggrieved by an agency action.

“In May, Missouri and Louisiana filed a landmark lawsuit against top-ranking Biden Administration officials for allegedly colluding with social media giants to suppress freedom of speech on a number of topics including the origins of COVID-19, the efficacy of masks, and election integrity,” the Missouri Attorney General said. “Today, the Court granted our motion for discovery, paving the way for my office to gather important documents to get to the bottom of that alleged collusion. This is a huge development.”

“Despite these clear constitutional limits on government action, reports continue to surface that government officials and agencies have conducted censorship campaigns involving social media platforms,” wrote Republicans on the House Judiciary Committee in a December letter demanding big tech companies provide communication documents with the Biden Administration dating back to January 2020. “Whether working through the Department of Homeland Security, the FBI, or other agencies, government officials should not tip the scale by urging social media platforms to disallow certain speech.”
“Big Tech is out to get conservatives, and is increasingly willing to undermine First Amendment values by complying with the Biden Administration’s directives that suppress freedom of speech online,” Ohio Republican representative Jim Jordan wrote in the letter. “This approach undermines fundamental American principles and allows powerful government actors to silence political opponents and stifle opposing viewpoints.”
Judge Doughty’s order follows a series of Twitter Files released through Twitter owner Elon Musk via several journalists detailing Twitter’s communication and relationship with the FBI and other government agencies.
*For corrections please email [email protected]*
Share
Next 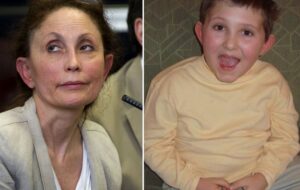