The millionaire pharmaceutical executive who killed her eight-year-old autistic son in 2010 has been found dead in her Brooklyn home.

Gigi Jordan, 62, was found deceased on Friday — just hours after US Supreme Court Justice Sonia Sotomayor signed an order that would have likely sent her back to prison.

Jordan was convicted in 2014 of first-degree manslaughter for killing her non-verbal son Jude Mirra with a cocktail of lethal drugs in a Manhattan hotel room.

The millionaire executive claimed that it was a “mercy killing” because she was trying to save him from alleged ongoing abuse and that she had planned to kill herself right afterward.

The jury partially sided with Jordan, believing she was in a state of “extreme emotional disturbance,” and convicted her of manslaughter instead of murder.

Jordan then appealed the conviction citing irregularities that violated her right to a speedy and public trial. The U.S. District Court for the Southern District of New York eventually ordered her released from state custody on bail until her appeal was decided.

“The U.S. Court of Appeals for the 2nd Circuit reversed, and Jordan filed an emergency appeal with the Supreme Court,” Law & Crime reported. “On Dec. 20, 2022, Justice Sotomayor (the presiding justice for the Second Circuit) granted bail on an emergency basis to Jordan, pending further responses by the parties.”

Jordan was subsequently released, having served approximately 10 years of her prison sentence.

The report explains that New York District Attorney Alvin Bragg then filed a brief that argued there was “[n]o compelling reason” for granting Jordan relief — calling her chances of winning an appeal “highly unlikely.”

On Thursday evening, the night before she was found deceased, Justice Sotomayor sided with Bragg and vacated the previous decision in a five-line order. The result of this would have been the killer mom returning to jail.

While a cause of death has not yet been released, the New York Post reports that “a note” was found at the scene.

If you are struggling with suicidal thoughts or are experiencing a mental health crisis and live in New York City, you can call 1-888-NYC-WELL for free and confidential crisis counseling. If you live outside the five boroughs, you can dial the 24/7 National Suicide Prevention hotline at 1-800-273-8255 or go to SuicidePreventionLifeline.org. 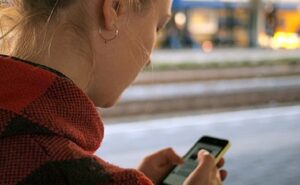